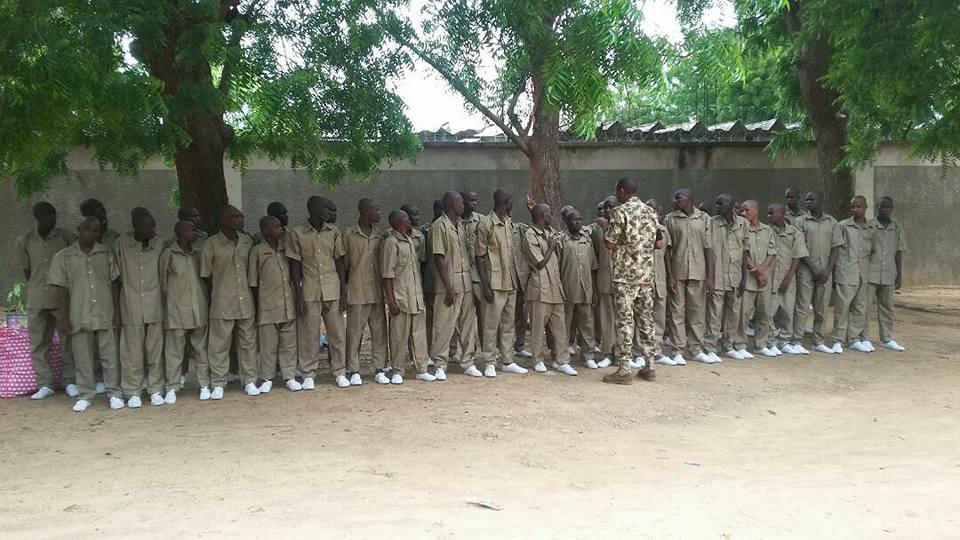 95 surrendered Boko Haram insurgents have been cleared by the Nigerian Army, having undergone De-radicalisation, Rehabilitation and Re-integration (DRR) programme set up by the military authorities through its Operation Safe Corridors.

The 95 ex-insurgents were certified fit to be reintegrated into the nation on Thursday.

The Nigerian Army stated that 95 Nigerians, admitted into military facilities located in Gombe State in July 2017, had successfully undergone its 16-week de-radicalisation programme.

The Chief of Defence Staff (CDS), Gen. Abayomi Olonisakin, made the announcement in his opening speech, during a stakeholders’ meeting to devise modalities for the reintegration of rehabilitated ex-Boko Haram insurgents, held at the Defence Headquarters, Abuja.

Olonisakin stated that considering that he actively followed the goings-on in the camp since the ex- terrorists arrived there, he was optimistic that they were changed people, different from who they were six months ago.

Olonisakin said: “The ex- fighters have been transformed, made to imbibe good characters and habits, and have also learnt vocational trades to empower them.

“The DPR camp, located in Gombe State is structured and mandated to absorb surrendered Boko Haram terrorists and cleared suspects into the De-radicalisation, Rehabilitation and Re-integration Programme under the military’s Operation Safe Corridors (OPSC).”

The rehabilitated Boko Haram members would be conveyed to their various state governments for re-integration to their communities.

Giving a report of the de-radicalisation programme, the Commandant of DRR Camp of Operation Safe Corridors, Col Adegoke Adetuyi, revealed that of the 95 deradicalised Boko Haram fighters, Borno State alone has a total of 91 while Adamawa and Bauchi have one each, leaving Yobe also with two.

Adetuyi said the 95 Boko Haram ex-insurgents that commenced the DRR programme in July 2017, were adequately exposed to various therapies in the de-radicalisation, rehabilitation and rehabilitation programme.