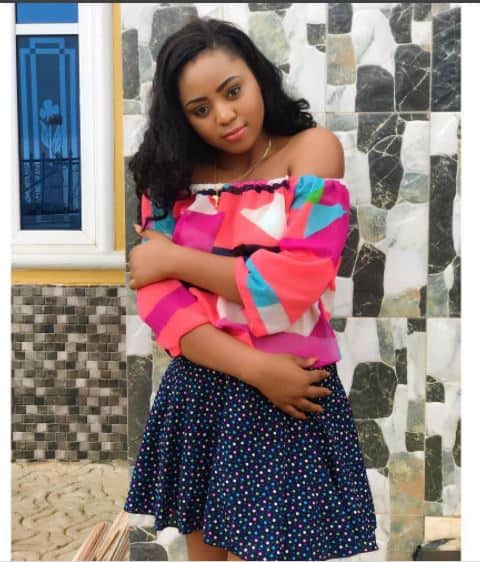 Regina Daniels who found herself acting as early as age seven has revealed some secrets about her quality and rate in the industry, she was brought into acting by her mother and now she is seen as one of the highly respected actress in the industry. The teenage actress just revealed that she earns N600,000 per movie.

Regina Daniels was revealed on the cover of house of Maliq’s January edition alongside Popular actor Wale Ojo.

Read the publication write-up about the popular actress;

Regina Daniels is a Nollywood teen actress, model, recording artiste, singer and a philanthropist. She was born on 13th May, 2000 in Asaba, Delta State, Nigeria. She is currently 17 years old. She joined the Nigerian movie industry [Nollywood] in 2007 at the age of 7 years.

In 2010 she rose to fame after starring on the blockbuster movie “Miracle Child” which was a tragedy movie.It may interest you to know that Regina Daniels is still in secondary school but she is already a mega star.She is currently earning #600,000 per movie. She was introduced into the movie industry at a very tender age by her mother.

It may interest you to know that she has starred in movies with top Nollywood stars like Genevieve Nnaji, Ini Edo and Chika Ike.She currently has a fan base of 900,000 unique followers on Facebook and on Instagram.She has a charity organization which she called “Regina Daniels Foundation” the organization is aimed helping people with physical challenges.

Regina Daniels tops the list of most beautiful and richest teenage actress in Nigeria.In 2015 she was nominated by City People Entertainment as best prominent actress in Nigeria.She has won several awards such as best actress of the year at the Africa Magic Viewers Choice Awards.

She is currently one of the richest and most influential teenage actress in Nigeria with an estimated net worth of $350,000.The teen actress just gained admissions into the University and it is certain that by the time she has her 1st degree, she will surely be ranked among the highest paid Nigerian actors