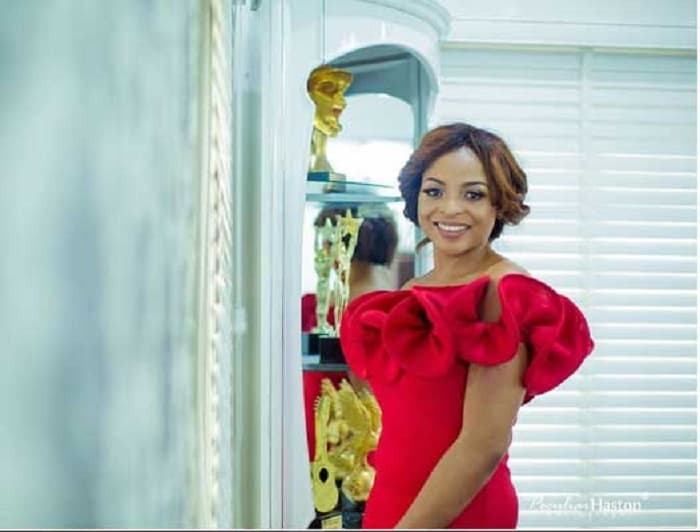 Nabila Fash the wife of oritsefemi as taken to her instagram wall to demand some respect after some controversial statements were made by her husband and people are not only hitting at the husband but putting her in the picture too.

The heat in the room got high when Oritsefemi, went on a long rant yesterday,that he has respect only for Fela and no other person, he further stated that Wizkid and Davido concerts are not worth it, and claiming that his wedding drew more attention that the two concerts combined.

While many people called out the Double Wahalacrooner, some disgraceful lot chose to insult his wife by branding her an ‘ex-prostitute’.

Reacting to the insult, Nabila listed her qualifications, schooled her accusers on why it is important to quit slut-shaming woman, and then demanded some respect.”The minute we stop slut-shaming women, then we are half way in finding solutions to the problems in the world,” she said, adding, “Put some respect on my name!” 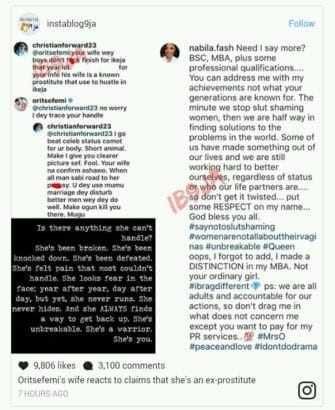