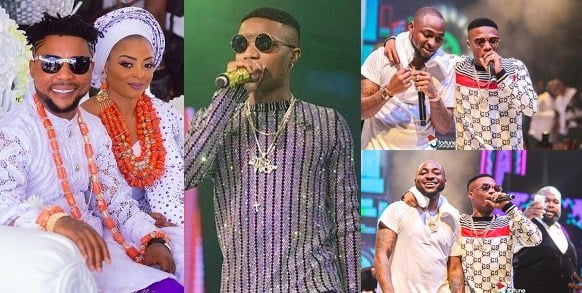 His Tweet yesterday had gone viral with many followers bashing him for saying his wedding was far more groundbreaking and successful than Wizkid and Davido’s concerts.

He got slammed for his comments on social media and last night as he performed at the One Lagos Fiesta,Oritsefemi stood to huis ground on the statement he stated saying again, ‘Fela is the only one i respect, others should go and sleep’.

See the video below:-