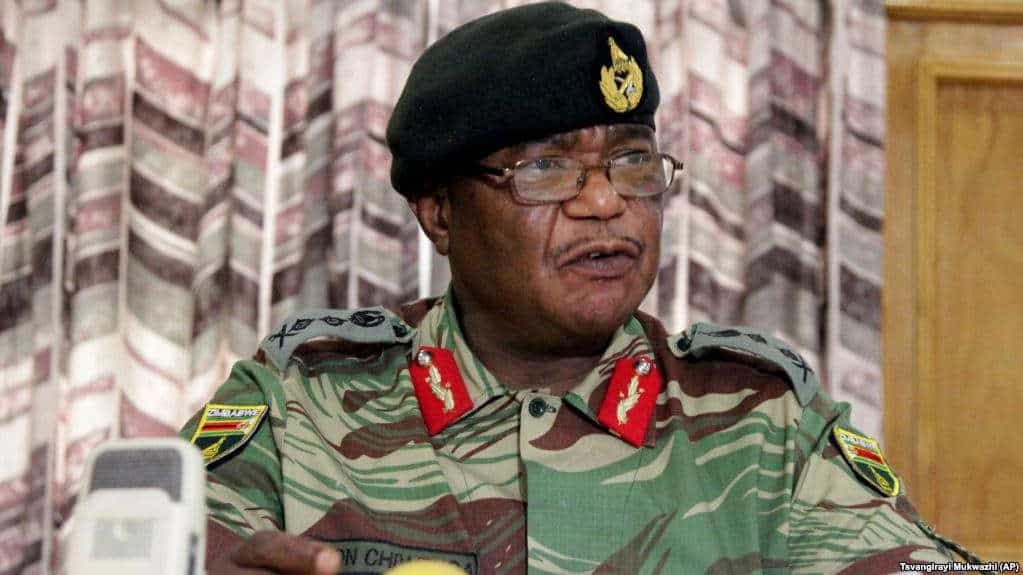 General Constantino Chiwenga, Zimbabwe former army commander who led a coup that put an end to Robert Mugabe’s 37 years rule was on Thursday sworn in as the country’s vice president.

Naija News gathered that Chiwenga took the oath of office at the presidential office in Harare and pledged to uphold and defend the laws of the country.

Meanwhile, as part of efforts to probe Mugabe’s government, Mnangagwa has ordered arrest of former officials who fled the country when the military toppled the government of the former ruler.

The Standard reports that President Emmerson Mnangagwa would engage the services of Interpol to arrest Mugabe’s allies.

Home Affairs minister Obert Mpofu disclosed that the government would use Interpol to arrest criminals within and outside the country.

“We are doing everything possible to ensure that those that have committed crimes within Zimbabwe and are outside Zimbabwe are brought to book. If it means engaging Interpol, we will go that route.