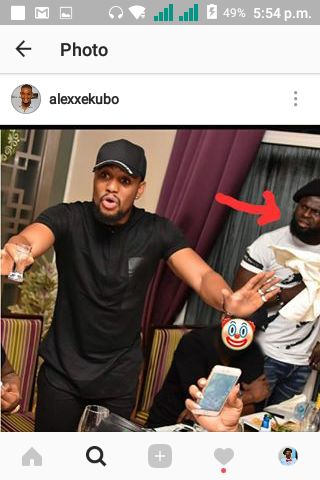 We hardly know what the cause of the abuses rained on Yomi Causal is coming from but we can depict with the look on the face of Yomi there is a total No to the discussion in the picture.

Just take a moment & look at this Burnt offering called Yomi that is doing his face like lizard that licked lime, sometimes i wonder how i even pick my friends, how can 1 person possess blackness allocated to 6 people.

On this note note i’m leaving your disrespectful burnt toast back of pot shoe polish coal tar looking face in 2017. .

AYO MAKUN’S (AY) Comment: @Yomiscasual He will return, Just take it to the bank from of the Makun Brothers. Pls supporters of Alex gather your generation and begin to protect every existing space around u. This fall go baaddddddddd.. 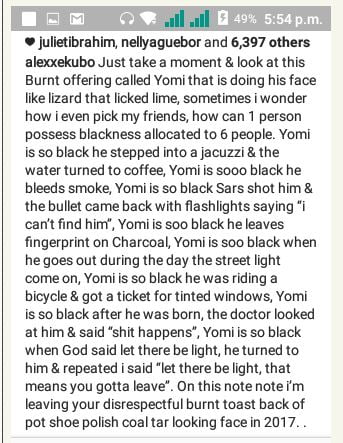 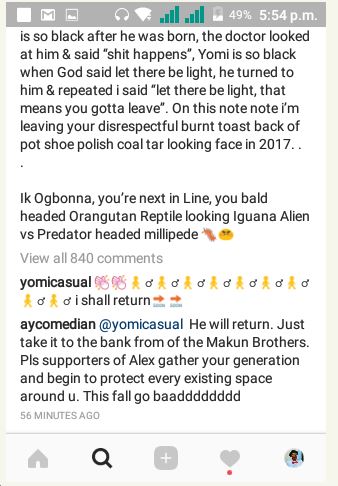