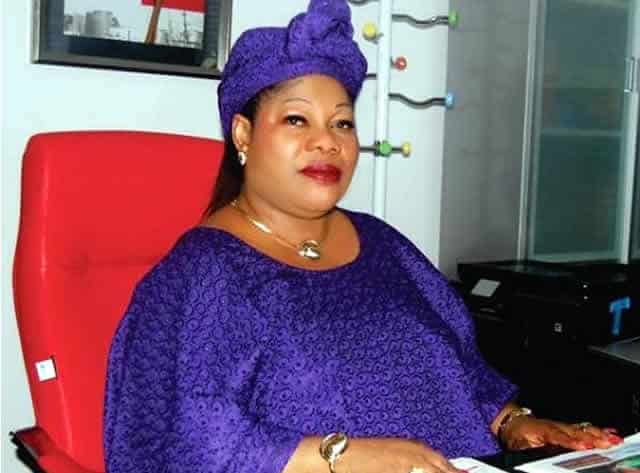 -Dr. Ngozi Olojeme, the Deputy Chairman, Finance Committee of the Goodluck Jonathan Campaign was in June, declared wanted on the claims of diverting N69bn from the agency

The Economic and Financial Crimes Commission has arrested Dr. Ngozi Olojeme, the Deputy Chairman, Finance Committee of the Goodluck Jonathan Campaign Organisation in the 2015 presidential election.

Olojeme, who served as the Chairman of the Nigeria Social Insurance Trust Fund from 2009 to 2015, was, in June, declared wanted on the claims of diverting N69bn from the agency.

The accused, who is also the widow to Felix Obuah, the late Chief Security Officer to Jonathan, was alleged of absconding from Nigeria shortly after being dismissed by President Muhammadu Buhari in 2015.

She finally reported at the EFCC on Monday after which she was detained.

Olojeme was also the convener of the Subsidy Reinvestment and Empowerment Programme sub-committee on Public Works and Road Rehabilitation,

A detective at the commission stated, “After months of running, Mrs. Olojeme finally turned herself in. She is currently being detained and we have identified most of her properties.”

The NSITF, chaired by Olojeme, is a social insurance scheme instituted to provide compensation to employees who are victims of occupational accidents or diseases in the line of duty.