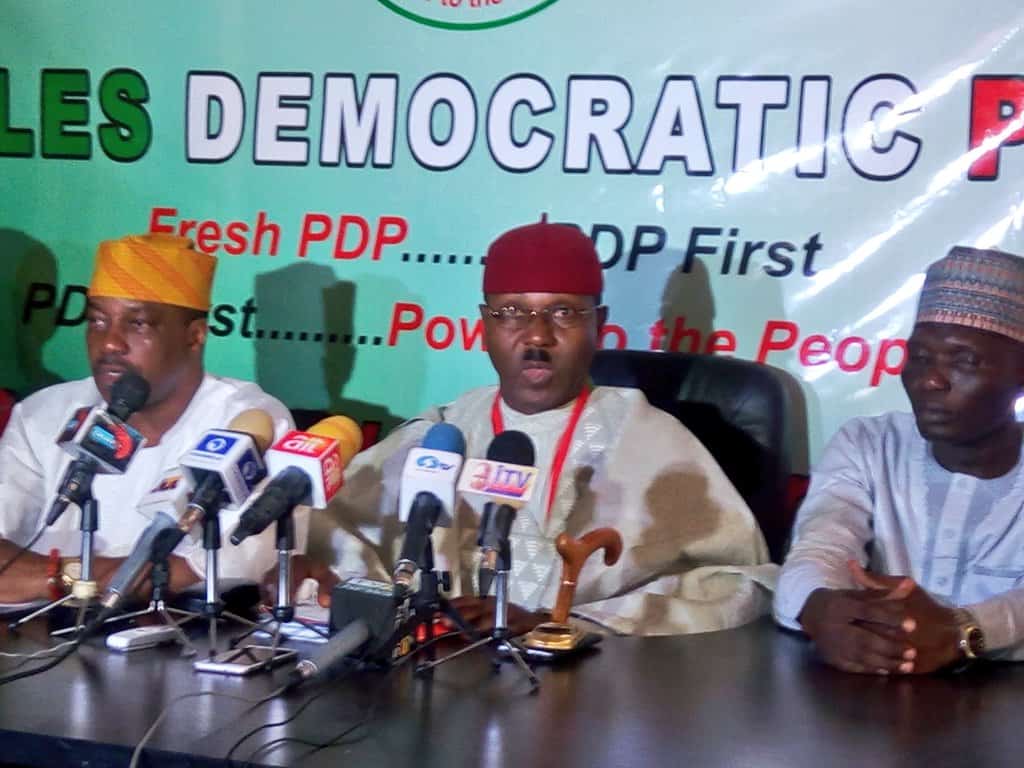 -Godwin Duru says removal of his name from unity list led to the new PDP faction.

Dr. Godwin Duru, one of the founding members of the newly formed faction of Peoples Democratic Party (PDP), known as “Fresh PDP”, yesterday said the removal of his name from the unity list at the election led to his action.

Naija News reported yesterday that the faction opened its new secretariat in the Asokoro district of Abuja.

Duru, an aspirant for the office of the National Organising Secretary (NOS), told Channels TV that his complaints were neglected by the reconciliation committee after the convention.

He said “After the convention, I called some of the party hierarchy to register my disgust over the outcome of the election and processes but all of them refused to pick my calls.

“They felt we are not important; the only people they recognised were the chairmanship aspirants.

“The PDP election was never an election, it was a fraud, my name was removed from the ballot and not even on the purported unity list.

“Unity list means all the aspirants have come together to agree on the people that will be represented but in this case nobody notified or consulted me on people compiled in the list.

“You can have a list but a list with PDP logo is wrong and all activities on Dec 9th went in same line with the list.

“Most people on the unity list did not campaign or buy form, were not screened but came up to become winners.” ‎

When asked on legality of the party which had no governor or INEC presence, Duru replied, “It is not anonymity, every member of party with legal standing has right to correct or air his views about the anomalies of the party.

“Nobody is above each other, we are all equal founders of the party so we have right to take our decision.”