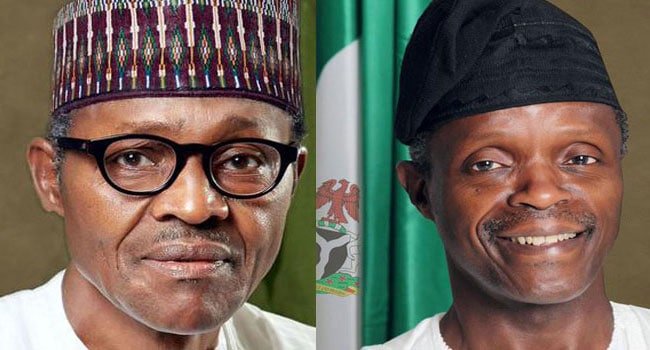 Osinbajo says he and the president are poorly paid.

Vice President, Yemi Osinbajo has revealed that he and President Muhammadu Buhari receive meagre salary for the positions they occupy, saying the pay is not commensurate with the offices.

Osinbajo who made this disclosure at the end-of-year seminar of the State House Press Corps at the old Banquet Hall of the Presidential Villa in Abuja, said he earns about N1.5 million as Vice-President while President Buhari earns about N1.75 million.

The Vice President also criticised the private sector for not respecting the national minimum wage law of N18,000.

He further lamented on the remuneration of journalists and lawyers, saying they also earn poorly, not neglecting the fact that most media owners make huge revenue.

He said, “I realised first of all that this (journalism) is not a profession from which one could make a decent living in the first place unless you find a really good way of doing so.

“But more importantly for me is that you are just on your own. Journalism as a profession is so wide open. There are a few reasons in my view why remuneration is poor.

“The first is that it is just simply cheating. There are owners of media that are just cheats. They just want to get something from nothing and that is not uncommon, it is a general malaise, it is not necessarily restricted to the media.

“It is also the same in the legal profession. There many lawyers if they tell you what they earn, you will certainly not want to be a lawyer.

He said further, “It is important to note that a good retirement plan starts the very day you are employed, knowing that whatever has a beginning has an end; 35 or 60 mandatory years of service are certainly not eternity.

“It must also be stressed here that it is not too late to plan even where you have just few years to retire from service.

“The most important thing is that you have a plan either of money saved or of the job you intend to carry on after retirement. Put every other factor in place such as your age, strength and the mental capacity to carry on.

“It is important to state, therefore, that the uncertainty on payment of entitlements has continued to worry Nigerian workers, making them fear retirement.”