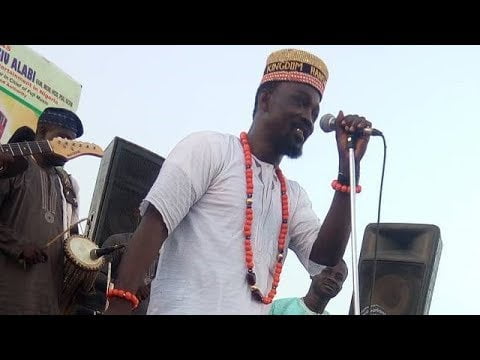 Recall that few days ago, Pasuman was asked why he did not attend Malaika’s house warming party and he said that Malaika is not his friend. He (Malaika) is a boy to him.

Fuji Icon Alhaji Wasiu Alabi Pasuma has once again displayed his humility and brotherhood nature after taking to the social media to solicit for peace and to calm the war already brewing between his fans and fans of his counterpart Alhaji Sule Alao Malaika.

According to Pasuma in a one minute video posted on his page, he would not like to end the year 2017 on a bad note,hence he would like to publicly apologize to the fans of Malaika for referring to the other singer as “My boy”.

watch the video below and read his apology: