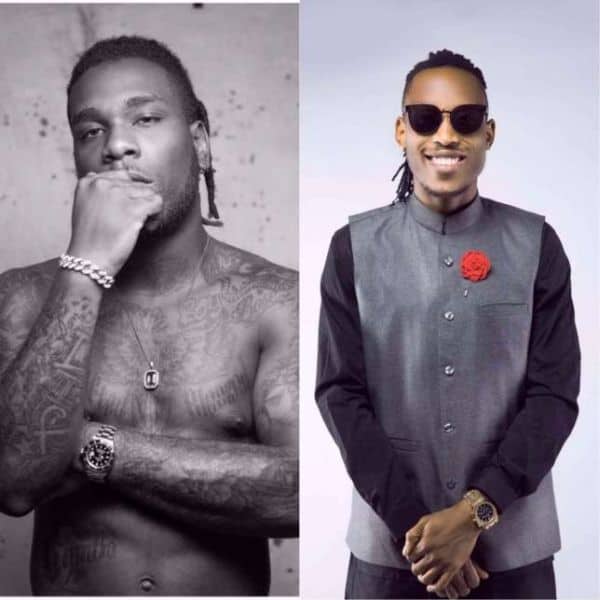 In an exclusive chat with Saturday Beats, the singer, for the first time, recounted what happened that night.

“When they were beating me, I thought I was going to die on that day. When you see a man with a gun, anything can happen. They were debating on whether to shoot me or not. They were debating over my life if I should live or not. It was one of them that said he was my fan and he loved my song.

That person did not touch me; he only tied me to a chair and was calming me down. It was God that saved my life because when I first saw them, the first thing I shouted was Jesus and I believe that was what saved me.”

He said his fellow colleague Burna Boy had called him to apologize but he just wants the singer to be very truthful and state his part in the case. He expressed amusement that the case was in court without either Burna Boy or his manager’s name in the suit.

“What I said was that Burna Boy has called me and he apologized without admitting that he was involved in the assault on me. He told me that he had no hand in it. I had to reply him that I never fingered him; it was his manager and the boys that fingered him. All we need is honesty and the truth. He cannot apologize to me over a matter that he has no hand in.

“At the end of the day, we all want this issue to go with this year and start the New Year on a fresh note. I was supposed to release my album this year but we could not do so because of this whole issue.

“Next year should be a very busy one for me and I don’t want to spend my time at a police station or pay numerous visits to the commissioner of police. I just want to have peace. Burna Boy is still my brother any day and I have forgiven him but what we want is the truth. If he calls me and opens up, we have said that we would settle it out of court. It is possible for us to have a song together in the future if he wants it because he is my brother. I swear with my life that I hold nothing against Burna Boy,” he added.

The singer reiterated the fact that while he was being attacked, he was robbed of a wristwatch which he said cost about N9m. He added that he didn’t care if anyone believed he owned such an expensive piece of jewelry.

“Everything they stole from me was more than N9m; my wristwatch alone cost N9m. Everything stolen from me was over N10m. I wear an Audemars Piguet watch. I am a brand ambassador for an American alcoholic brand, Christian Brothers.

For me to get an endorsement with the brand, you should know that money was involved. Also, my song, ‘Count it all Joy’, had the highest number of downloads from MTN, not just in Nigeria but MTN as a whole. I go for events, I have godfathers and some footballers are my friends as well.

“I have people that could bless me with anything they want to gift me. I am from Rivers State and I do a lot of gigs; the music pays me a lot. I get royalties from my records playing in the UK as well.

My record label is not broke so I wonder why people think I cannot afford a wristwatch worth N9m. I have a father who is my boss and he can afford to buy anything for me. It is my choice to spend as much as N9m on a watch and I owe no one any explanation. It is an investment and I can take that watch to the bank.”