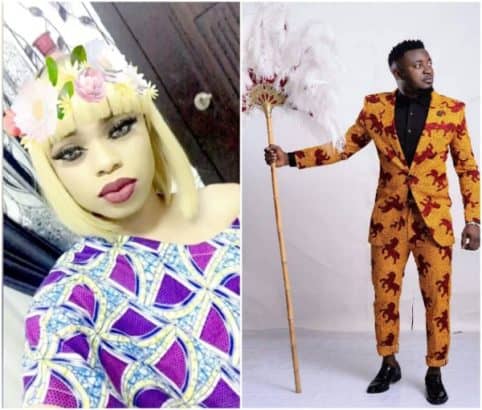 Nigerian cross dresser, Bobrisky finally settled his prolonged dispute with Mc Galaxy, the duo have been slamming each other over a couple of days now on social media, but Bobrisky Today, came out with An on the beef which was triggered by his former gateman, Jacob.

Bobrisky claims he just realized that MC Galaxy has no hand in what he accused him of. He further revealed the issue has been resolved and they are back to being buddies again.

After fighting dirty on social media, Bobrisky and MC Galaxy settle differences between each other… The feud started after Bobrisky called his popular gateman Jacob out for extorting money from him which was the opposite according to words gotten from Jacob.

Jacob told media his father is in the village sick and he needs money but Bobrisky didn’t give him even though he is owing him 6months Salary. Then, MC Galaxy came in and tried to help Jacob which didn’t go well with Bobrisky. 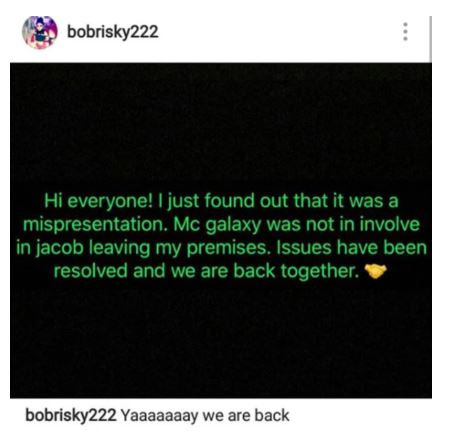