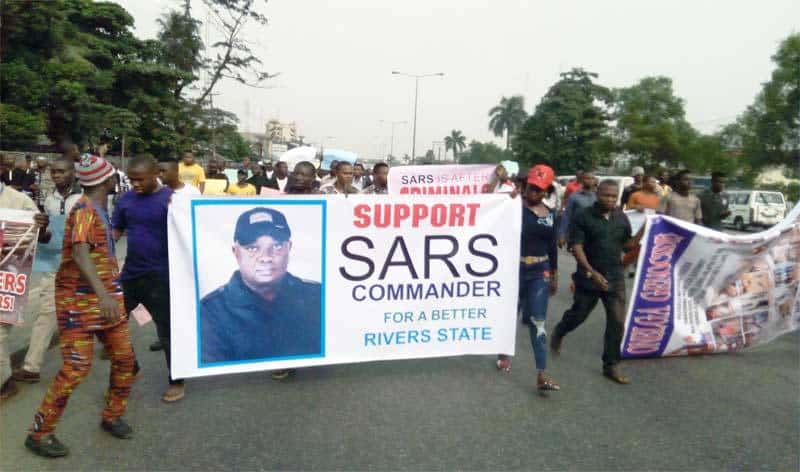 A number of Civil Society associations have taken to the streets to show support for the reformation of the Nigerian Police Special Anti-Robbery Squad in Kano State, Northwest Nigeria.

The protesters marched along major highways in Kano carrying placards while singing songs in support of SARS.

According to the supporters of the reform-sars campaign the agitation is to make known their displeasure with those calling for the disbandment of the the anti-robbery squad.

They insist that rather than end the squad, the best option is for the security group to be reformed.

While receiving the protesters, the Kano State Police Officials of the State Command Headquarters assured them that the force would pass the message to ensure the desired reform is actualized.