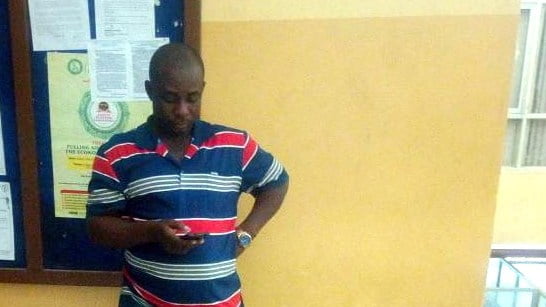 A Deputy Superintendent of the Nigerian Security and Civil Defence Corps (NSCDC) Joshua Dan-Daura was on Tuesday arraigned by the Economic and Financial Crimes Commission (EFCC) before Kano State High Court for job racketeer.

Naija News gathered that the accused was arraigned by the anti graft agency on December 22, 2016 for allegedly defrauding the complainant of N450,000 under the pretext of securing job for him.

The prosecutor, Musa Isah, proceeded trial that lasted for one year after the accused pleaded not guilty to the offence.

However, Justice Dije Abdu Aboki, in his verdict on Tuesday, found the accused guilty as charged.

He therefore, sentenced him to nine months imprisonment with option of N100,000 fine.

He also him to return the sum of N370,000 to the complainant or spend 18 additional months in prison if he fails to do so.