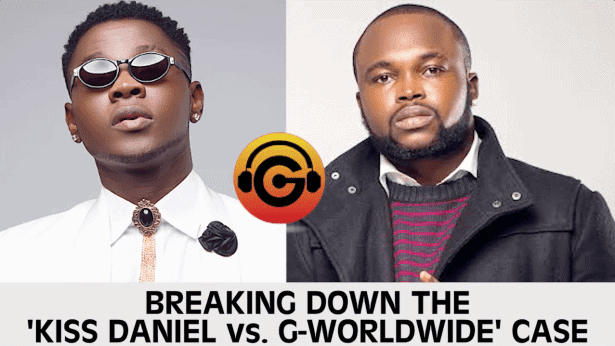 The story is taking another dimension and the truth is already leaking out….

The real truth behind the stage is coming into lime light and here are the details of how Kiss Daniel was treated under his former record label.

1. The Part That Talks About Kiss Daniel Leaving G-Worldwide Illegally

According to the rumor making rounds on Social media that Kiss Daniel walked out of G-worldwide illegally without following the due process like other Artistes, his Lawyer said he only terminated the contract when he was frustrated and could not move on with them.

2. Kiss Daniel Only Makes Money For G-Worldwide But Does Not Have Access To The Funds At All

According to the Lawyer, Kiss Daniel appointed a firm of Chartered Account to inspect and audit G-Worldwide account but his request was turned down.

They make so much money from shows but nothing to show for Monkey dey work, Baboon dey chop am. This is pathetic.

3. Kiss Daniel Gets 50k Monthly & Was Forced To Perform A Day After He Lost His Dad, Is This A Contract Or Slavery Deal?

This is never a contract at all… Even a Slave enjoys better than this.

Kiss Daniel receives 30k and then it was later increased to 50k monthly.This is what Kiss Daniel’s get from his Label every month.

Also, the label called him to inform him of a Show the second day after he lost his Dad and Threatens To Crush him if he fails to show up for the show.

4. Is G-Worldwide A Record Label? The Laywer Asked

According to the Lawyer, with all G-worldwide has done, he said they don’t deserve to be called a Record Label.

Kiss Daniel foots the Bills all alone but G-worldwide shamelessly claims he breached the Contract.

Guys, you all have got the Full Info on what led to Kiss Daniel’s leaving the Label.

See letter from his lawyer below: 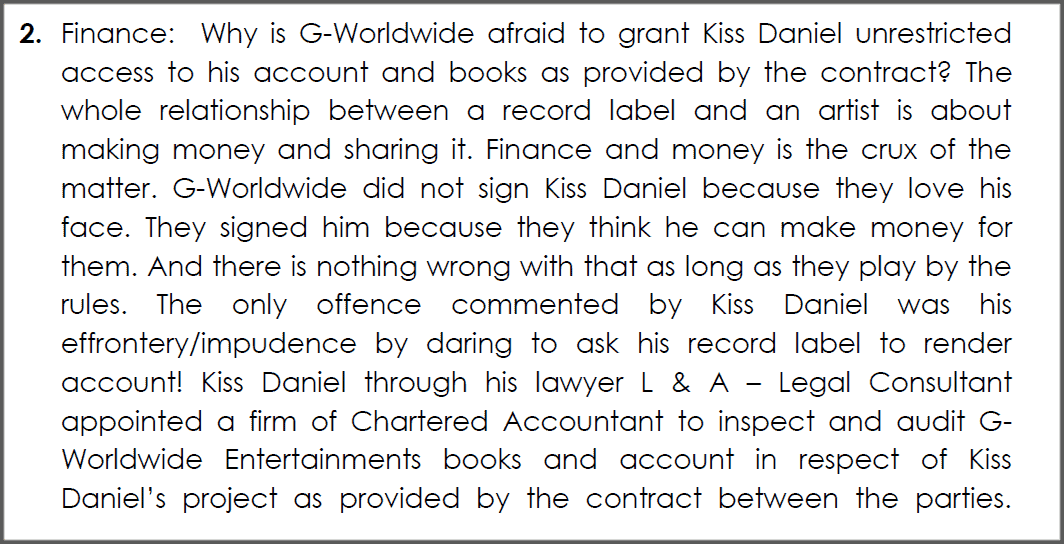 is an Associate at Naija News. He is a news media enthusiast, he holds a degree in psychology and loves exploring and sharing about the enormous power that lies in the human mind. Email: [email protected]ws.com, Instagram: adeniyidman