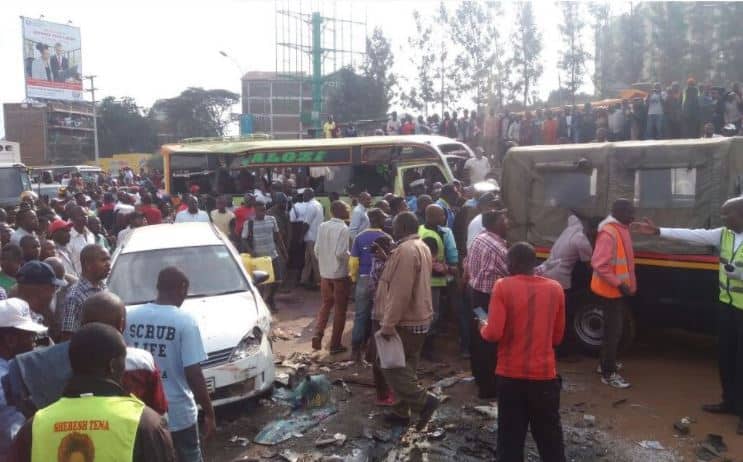 An accident which occurred in the early hours of Saturday, has left eight people dead and nine others with various degrees of injuries.

A truck reportedly collided into commercial bus at Olorunpodo junction of the J4 – Ogbere (Ogun State) area of the Lagos – Ore expressway.

The accident which occurred at 4:00am, involved a Toyota hiace bus with number plate ETU 409 XA and Volvo truck with registration number KRD 908 XN.

It was learnt that the truck driver was driving in the direction of Benin against traffic and while trying to pick his way out of the junction ran headlong into the bus moving towards Ijebu – Ode, Ogun State.

The Federal Road Safety Corps (FRSC) and the Ogun State Traffic Compliance and Enforcement Corps (TRACE) were at the scene of the fatal accident clearing obstruction, directing traffic and evacuating victims.

The Public Relations Officer of TRACE, Babatunde Akinbiyi said the injured had been taken to the Hope hospital in J4, Ogbere, while the corpses of the dead had been transferred to the morgue of the state hospital, Ijebu – Ode.

“Cause: Driving against traffic by the truck driver. Number of occupants: 23, number of injured: nine and the presumed dead, eight including two females and driver of the bus.

“The injured victims were taken to Hope hospital at J4 while the presumed dead taken to the Ijebu – Ode general hospital morgue by FRSC and TRACE.