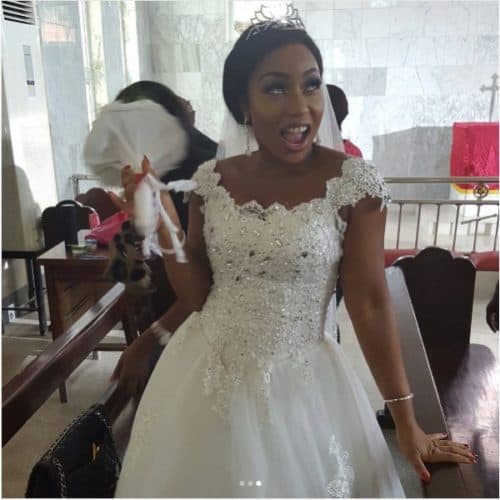 – I Won’t Bow To Society’s Pressure To Get Married.

Nollywood actress, Rita Dominic has vowed not to bow to society pressure to get married despite time running against her at 42.

The Theater Arts graduate from the University of Port Harcourt, who is one of Africa’s most accomplished actresses, has often had to deal with advances from men.

But in an interview with a Nigerian magazine recently, the screen diva explained that while it’s not her doing that she is still single at her age, she would only commit to marriage on her own terms and conditions.

“I will live with the man, so it is very important that I do it because I want to, not because society wants it for me” While expressing optimism that she would marry soon, the actress said she would wait for God’s right time.

“I believe that God is in control of my life and will present the right man to me at the right time.”

On the question of whether she is currently dating, She said:

“I do date sometimes when someone comes around. “I love being totally drawn to someone and doing all the loving things couples do, but I am wary of liars and bullies”, Rita Dominic added.