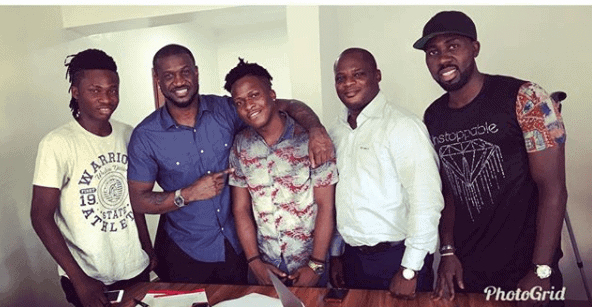 Just before the year runs out Peter Okoye has added a new act to his PClassic Records. The new artiste is named Singah, a songwriter, singer and music producer.

Peter Okoye aka Mr. P of the defunct PSquare is in noway slowing down as he makes more addition to his own music imprint.

After the highly publicized PSquare breakup, Mr P seems to be getting on well as he has so far released two singles and beautiful videos to match.

The news was shared on Instagram by Peter with the above photos from the the official signing event.