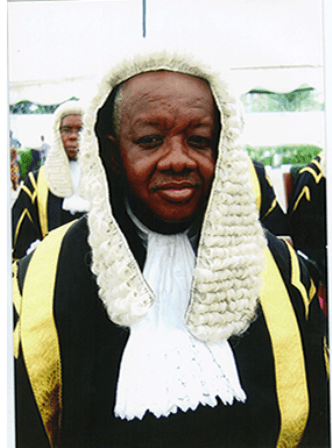 -Justice Ademola was discharged and acquitted by an Abuja high court on charges of money laundering and abuse of office, earlier in 2017

The justice tendered his resignation letter to the National Judicial Council (NJC) this morning.

Naija News recalls that Justice Ademola was discharged and acquitted by an Abuja high court on charges of money laundering and abuse of office, earlier in 2017.

The suit came after a raid on the residences of some judges by the Department Of State Services (DSS).

As a result, in January, a DSS official testified that N38 million, two pump action rifles and some foreign currencies were recovered in October, from the Justice’s home during the raid.

Justice Ademola, his wife and Mr Joe Agi, a senior lawyer thus faced trial on accusations of bribery and unlawful possession of firearms.

However, the Abuja high court, pronounced that the DSS could not prove beyond reasonable doubt it’s allegation against the Federal High Court judge.

He was hence recalled by the National Judicial Council (NJC) after which he resumed sitting on June 7.

Justice Ademola is yet to state reasons for his retirement.