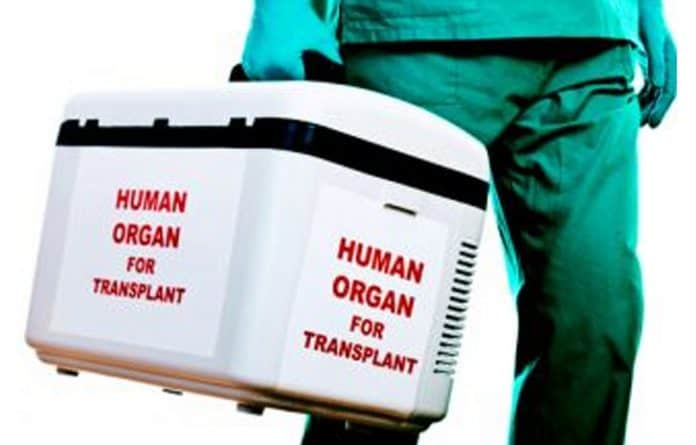 -This comes against the backdrop of a report indicting government officials in a highly organized crime ring involved in human trafficking and sale of human parts.

Several top Nigerian government officials have been implicated by international reports suggesting they are involved in an international crime ring involved in the illicit business of human trafficking and organ sales.

The reports, mainly from Italian, French, and International Police (Interpol), which has been made available to Nigeria’s security agencies, suggest that top Nigerian politicians and diplomats are deeply involved in the international crime business.

Investigations by INDEPENDENT, shows that the activities go beyond Nigeria and involves other countries in the West African sub-region as well.

According to the revelations, the highly organized business of human trafficking, which also involves illegal harvesting of human parts and subsequent sale of such is facilitated by a highly connected network of politically exposed persons.

Some unnamed sources in the investigation further confirmed that some highly placed individuals, politicians and diplomats have been fingered in the booming international business of human organ trafficking and warehousing.

As gathered, the operation begins with ambassadorial appointments/lobbying.

Sources within the presidency explains that the need to curb this developing practice accounts for why President Muhammadu Buhari recommended some ambassadorial nominees well above the age of 80 to the National Assembly.

Senators have have also been seen to favour career diplomats ahead of politically exposed persons to combat the growing trend.

“The effort is meant to stem these clandestine and illegal cross-border operations,” a presidency source explained.

The Nigerian government as well as its security agencies have been made aware of the illegal and criminal business front on several occasions according to an Italian secret police source quoted from Rome.

“We have made our findings open to them after much interrogation of some Nigerian suspects in the operations upon request from your country, as I am aware of, and there was also a joint security report by my country, Spain, and France at some point, too,” the foreign source said.

Part of the difficulties been encountered in bringing down this business is however the involvement of highly placed politically exposed persons who are benefiting from the criminal enterprise both in Nigeria and in the countries of destination of these trades.

“Powerful people are involved on all sides and, honestly speaking, the trade sustains some sectors of the economies in these countries,” the source added.

Recently, the hurried burial of twenty-six Nigerian women who died in the Mediterranean sea while allegedly trying to cross into Italy illegally, almost sparked a diplomatic dispute between the two countries.

Italian authorities have since apologized for their role in the event however, according to Abike Erewa-Dabri, the senior special assistant to President Buhari on foreign affairs and diaspora.

More recently, horrifying footages and reports of a modern slave trade market in Libya where individuals are been traded and sold into labour camps for as low as $400 broke the internet.

Intelligence reports suggest that most of these victims are also targets of organ theft, forced prostitution and human trafficking.

UN Secretary-General, Antonio Guterres, has called on the global community to unite and fight the trend which he described as “a heinous crime against humanity”.

Perhaps in reaction to the activities of this global crime network, Nigeria’s minister of health, Isaac Adewole, recently warned Nigerians who were in the habit of travelling abroad for health tourism to be careful of organ harvesters.

As reported, personal and health details of some of the would be victims would have been somehow obtained and sent ahead to accomplices in foreign countries by members of the highly organized crime network.

“Some organs are stolen right in the hospitals where the victims are being treated while they are under sedation,” explained an Abuja based medical doctor.

According to the doctor, an unsuspecting victim who returned from one of the big Asian countries , complained of health complications, few days after returning from one of such journeys.

A shocking revelation after examining the body, revealed that one of his kidneys was missing.

A French police report which revealed that a single human lung sells for as much as $10,000 to $20,000, also indicts Nigerian diplomats and politicians of luring unsuspecting victims to countries where their organs are harvested.

“It is a very lucrative trade that involves not only kidneys,” explained an intelligence officer in the country who was privy to the report.

Human organs remain viable for between four and eight hours, depending on the conditions in which they are kept.

But technological advancements have made it possible to ‘deceive’ the organs into believing it is still encased in a human body, organs like kidney, lungs, heart, reportedly can now be warehoused for more than forty-eight hours.

“What this simply means is that you can have organ warehouse in countries with poor regulations and supervision,” explained the Abuja based physician.

Reports from the European Union (EU) also reveals that Nigerians are the biggest traffickers in persons and the biggest victims of the trade which makes them very susceptible to organ-harvesting.

Nigerians accounted for an estimated 8,700 out of 283,532 irregular migrants entering the EU borders, many of whom risked their lives crossing the Mediterranean in 2014 according to the report.