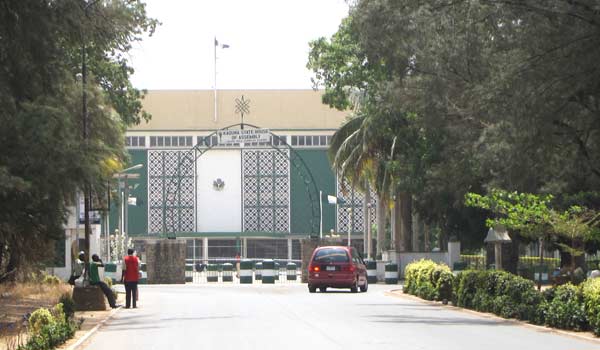 The Kaduna State House of Assembly suspended two of its members indefinitely on Tuesday, for allegedly engaging in some activities capable of engendering conflict in the assembly.

The suspension came after a motion moved by Muktar Hazo, a member representing APC- Doka Gabasawa Constituency, on matter of urgent public importance.

According to Hazo, the two members engaged in some acts that can cause rancor in the state assembly.

“What they were doing can bring the assembly into disputes and this assembly is known nationwide as one of the best and as such we should uphold that.

“In this regards and in order to safeguard the integrity of this great Assembly, I wish to move that Danladi Kwasu and Bityong Nkom representing Kaura and Zangon Kataf respectively be suspended from this assembly till further notice,” he said.

Abdulrahman Haruna, representing APC-Kawo, seconded the motion, saying, “Anybody who wants to create problem in this Assembly, nobody will stop us from taking action against that person. I therefore second the motion.”

Bityong Nkom, in his reaction, said that the House should tell them the offence they have committed.

Danladi Kwasu also said, “Mr Speaker I want to know my offence, this is democracy, please tell me my offence,” he begged.

The speaker, Aminu Shagali, suspended the two lawmakers till further notice and directed the sergeant at arms to take the two members out of the plenary.

He therefore, adjourned the sitting until Tuesday.