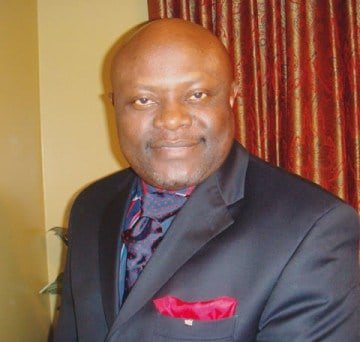 At first, it tingled and jingled our ears like rattling fake news. A military coup d’état that sought to end the 37-year reign of Zimbabwe’s Robert Mugabe skulked into the presidential palace in Harare in the caparison of a stand-up comedy. No bullet sounds; no blood drops; and nobody in shackles. At best, it was a dinner table causerie and chatter between soldiers and a man addicted to power. Zimbabwean Army General, Constantino Chiwenga, led the platoon that unseated the nonagenarian hegemonic enigma. His dream to impose his wife as successor next year when his term was scheduled to run out was decisively deflated.

Even when it was obvious that power had changed hands, Mugabe still swaggered around in pride and disparaging intransigence. But 16 million Zimbabweans knew that his time was up. A mediation team involving Jacob Zuma of South Africa and some generals prevailed on Mugabe to graciously resign. Adamant, he dragged on for a week demanding a beseeming exit strategy he handcrafted that would still make him the head of ZANU-PF, the political party he led for four decades. But now, unlike South Africa’s Nelson Mandela who knew the time and season, Mugabe is vacating the lofty seat he held for a generation in shame and disgrace.

For many years, Mugabe was in the frontline of triumphant and courageous fight for Independence from dominating and oppressive white overlords. In 1980, he became the Prime Minister and the first executive black President of landlocked Zimbabwe seven years later. He manipulated and falsified the results of many elections organised in the nation while members of opposition parties were killed and maimed by his administration as he refused to relinquish power that was given to him by Providence. About two years ago at 91, he came out of an event when he tripped and fell like a humpty-dumpty. The security men around him scampered to pick him up from the ground he will one day go under. What is it about the black man and power? What else was Mugabe looking for?

Read also: Beyond Mugabe: The other vultures in Harare

Among all people are the good and the bad; the nasty and the nice; the hoarding and the generous. Homo-sapiens truly are the same all over the world. But there is something about the black man with power and authority which remains a knotty riddle. Whether he is from Haiti or Hawaii; Nigeria or Niger; Brazil or Burkina Faso; America or Angola; the black man in political leadership is intensely and intentionally greedy; ferociously avaricious; deliberately and wantonly thrives in gluttony, cuddled up in bed with corruption; and bonded to never-ending greed. How did the back man get configured in this manner? This remains an UNSOLVED MYSTERY.

A few years ago, big-mouth Mugabe declared that “Nigeria and Nigerians are very corrupt”. He was right. Nigerian leaders do not have good testaments about probity, but Mugabe, a pot diving into the pool of name-calling claiming the kettle is too black to exist, is the godfather of global corruption. In the forever Hall of Shame, he will be one of the most heavily-credentialled African leaders among thousands in the annals of history. Mugabe once dipped his hands in the treasury of the government and hauled out three million pounds lavished on his only daughter’s wedding. His perpetuation in power was largely sustained by the country’s natural resources including gold and remarkable diamond deposits.

Side-by-side with his second wife, Grace, the couple was named among 56 Zimbabweans implicated in corrupt activities which have fleeced the country of billions of dollars at the expense of the general populace. Grace was fingered in the VIP housing project in 1995 when she, alongside top Zanu-PF hawks, grabbed houses meant for low-earning civil servants in the “pay-for your-house scheme”. The disgraced husband of Grace, up till last Tuesday, couldn’t account for Z$7bn 1999 Harare airport expansion deal. Some people in the probe committee mysteriously disappeared, and in Mugabe’s Zimbabwe, opposition voices were silenced every week.

Seventy five per cent of the land in Zimbabwe is reportedly owned by Mugabe, his family, and his cronies; and his ham-handed effort at land redistribution sent the economy into a free-fall as inflation in Zimbabwe remains an astonishing 1,700 per cent a year. Eighty per cent of the working-age population is unemployed. Basic foodstuffs and fuel are unavailable as Zimbabweans fled their country in large numbers. Zimbabwe under Mugabe was ranked 157th out of 177 countries in Transparency International’s 2013 corruption perception index.

Read also: When will Mugabes of Nigeria resign?

Why are human beings greedy? Why are we not satisfied with what we have? Why do we criminally and illegally crave for more, and more, even when we already have enough? In his grave, it is hats off to Nelson Mandela of South Africa who chose to serve only one-term of five years as the first Black President of the country. If Mandela had chosen to perpetuate himself, he probably could have got a global approval because of the sacrifice of 27 years behind the prison wall he had made to free his people. But, he gave up power! And his name is beautifully etched in the bowels of history.

Whatever is designed to start is designed to stop. There is a time to stay onstage, and there is a time to get off the same. Men will shower praises in a loud ovation, but a wise man must have an understanding of the times. Ovation, my friend, is like a vapour that appears for a season and then disappears as if it never existed. Whether it is political, royal, business or otherwise, no creature is the inventor of power. They only exist to use it for the good of humanity as yielded to them by their Creator, the sole Controller of power. Anyone who knows the appropriate time to make a move is the son of Issachar! They will never TIME OUT.

Power is not an exclusive family right or an unending lineage entitlement. If you have it, enjoy it not as a phenomenon that will last eternally. It may be scheduled to last one day, one month or 10 years, but the evanescent nature of power is incontrovertible. No matter how sweet and long, nothing on earth lasts forever.No man can outlive or outlast a community of people over which he holds a temporary control and authority. Power, when it runs its full course, has a terminating point. It is transient and God-given. Bye-Bye, Bobby Mugabe! You came to power with fame and grace, but today, you shed off power in shame and disgrace in the company of an ungracious wife called Grace. It is not a great way to end a story that began well.