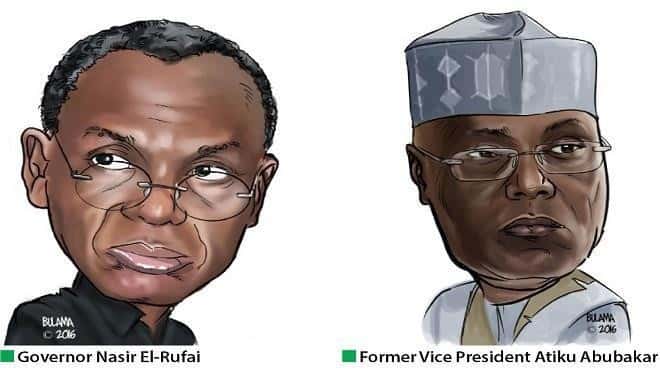 El-rufai disclosed in an interview with State House reporters on Friday even if Atiku given the ticket of the Peoples Democratic Party,  would not pose a threat against Buhari’s re-election.

The governor was reacting to the exit of the former vice president from the All Progressives Congress.
He said the APC knew that Atiku would quit the APC in December, stressing that it was better he left earlier than planned.

El-rufai expressed optimism that no APC governor, not even Jibrilla Bindo of Atiku’s home state of Adamawa State, would join the former vice president.

He described Atiku as a serial defector and presidential aspirant.

El-rufai said he had in 2014 told Atiku in Dubai that no northern politician in the entire north was as popular as Buhari.