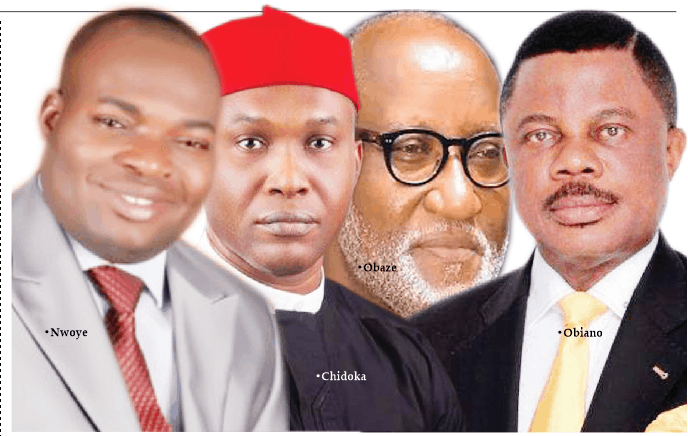 The national headship of the ruling All Progressives Congress and the governorship candidate of the Peoples Democratic Party in the November 18 elections in Anambra State, Mr. Oseloka Obaze, have accepted the result  of the election.

Hence, they have cheered Governor Willie Obiano, who was declared the winner of the Anambra election, winning in all local government areas of the state.

Naija News recalls that Obaze had earlier rejected the result of the election.

In a statement signed by its National Publicity Secretary, Mallam Bolaji Abdullahi, APC also applauded the party’s candidate, Dr. Tony Nwoye, for his remarkable performance at the election and his civility in accepting defeat.

The APC stated that, “We commend the Independent National Electoral Commission for conducting what is regarded as a credible election, which passes the integrity test.

“Similarly, we praise the high level of dedication and professionalism displayed by the security agencies and other ad-hoc members of staff mobilised for the election.

“As a party, we believe the smooth conduct of the election, irrespective of its outcome, is a testimony to our party and President Muhammadu Buhari’s commitment to free, fair and transparent polls.

“We appeal to other candidates and parties who participated in the election to accept its outcome as a true reflection of the will of the Anambra people.”

Also, stating that he would not question the result of the election, Obaze congratulated Obiano and his deputy, Dr Nkem Okeke.

The PDP gubernatorial  candidate said, “I salute my other fellow contestants for their valiant efforts and the decorum during campaigning. Thank you for promoting peace.”