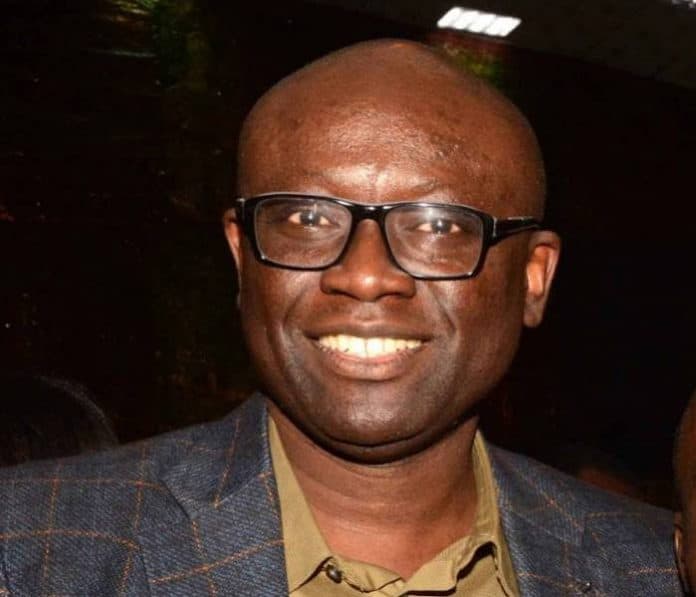 In my primary four, the Yoruba text book we read was ‘Kola ati Kemi’ — a series of short stories depicting the “adventures” of two siblings: Kola and Kemi. Kola was the crafty one while his sister, Kemi, was the clever one. One day, Kola and Kemi followed their father to the farm. As they played around the farm, Kemi would announce: “Daddy, I found a snail!” And the father would reply: “Well done, my daughter.” Kola, not to be outdone, would also announce: “Daddy, I’ve found a snail!” And the father would reply: “Good job, my son.” It became a healthy competition as they went on picking snail after snail while their father kept himself busy cultivating the land.

They left for home and it was soon dinner time. So the father announced: “For your dinner tonight, you will eat the snails that you picked on the farm.” As it turned out, Kola did not pick any snail — he was just deceiving himself in order to keep up with his sister. Kemi had plenty snails and had a good dinner. When the true story came to their father’s attention, he said something like: “If you planted one hundred ridges of yam and claim it is two hundred, after eating one hundred yams, you will eat another one hundred lies.” In Nigeria, we have perfected a way of living on lies, cooking the books, dancing with the digits, and whitewashing the sepulchres. Whom are we deceiving but ourselves?

One of the biggest scandals rocking our education system is the yearly competition for the best-performing state in WAEC (I will leave that of the “best university” out of this discussion for sanity sake). As a result, many state governments give school principals the marching order to make sure the students pass very well. So the school authorities will, like Kola, game the system. They will aid and abet cheating. They will bribe invigilators and supervisors. The students will come out in “flying colours” and the state will get good ratings in WAEC. But states where things are done more decently will seem to perform poorly on the WAEC table. In the end, who is deceiving who?

A positive thing coming out of the controversy over the recent “competency test” conducted by Mallam Nasir el-Rufai, the governor of Kaduna state, is that we are now having a sustained conversation around the quality of instruction in our schools. For too long, our attention has been more on the quality of infrastructure. We often complain about leaking roofs and dilapidated classrooms. Politicians and their allies have made billions of naira from contracts to build schools, but the quality of teaching has not improved in billions. You can have a classroom that looks like a five-star hotel, but what are the pupils learning? That is what counts the most.

I have read a number of comments on the Kaduna issue that caught my attention. One is that a competency test can only be legally conducted by the Teachers Registration Council of Nigeria (TRCN). And since we claim to be operating a constitutional democracy, then we have to follow the law. You can hardly argue against this position if you believe in the rule of law. However, the teachers that were tested by Kaduna state all have certificates from the same TRCN legally proclaiming them as “qualified”. And then you will turn to the same TRCN to assess them? What is the likely outcome? So whom are we deceiving but ourselves?

How do people get certified in Nigeria today? How did you get your driving licence? Did you go to a driving school? Did you do a driving test? Did you read the laws and regulations of driving? Do you understand the road signs around you? Do you know who should give way at a roundabout? If your answer to all these questions is “yes”, you deserve a national honour. I know many people who have driving licences but are yet to learn driving. I kid you not. With just N20,000, you can get a driving licence in Nigeria and hit the road. I don’t know how much it costs to get a TRCN “qualified teacher” certification, but you can buy it even if you can’t spell “teacher” correctly.

I also noted the argument about the “validity and reliability” of the test. It is an extension of the legality argument. I support things being done properly, I should say, but I am just curious: if you cannot spell “Donald Trump”, does it matter who is conducting the test? Would you be able to spell the name of the eccentric American president only if the test was conducted by TRCN and not by a consultant? I don’t get the argument, but I will let it pass. It is also argued that a civil servant may not be able to sing the national anthem but that does not mean he or she is unpatriotic. Beautiful analogy. But it still breaks down at some point: the national anthem is a competency test.

The officials of the National Union of Teachers (NUT) said the leaked scripts were not those of the teachers. They were filled by el-Rufai’s aides to ridicule the teachers, they said. In other words, the teachers are not that bad: el-Rufai is only calling a dog a bad name in order to hang it. Really? Do the NUT officials currently have their children in public schools? If so, are they happy with the quality of instruction their children are receiving there? Would the NUT officials please withdraw and enrol their children in public schools to prove their point, to put their money where their mouths are? It is very easy to pursue that line of argument when your own children are schooling at Corona.

For those of us who believe that the teachers are as bad as the test results showed, the next question is: what should be done? Sack them and recruit new ones — as el-Rufai wants to do? Re-train them? An interesting recommendation coming from the debate is the need to re-train the teachers. Some think that with an intensive course of about nine months, these teachers will learn to differentiate between a triangle and a square. This is a very optimistic suggestion. I wish I could be this generous. What experience has shown, though, is that while there will be those who can be still be salvaged, the majority may be unserviceable and, thus, unsuitable for teaching.

No matter the criticism of el-Rufai, we have someone who is not just worried about the quality of education but is determined to do something about it. All the governors must address this issue. We live in a society where politics colours everything and where labour unions are so powerful they can stop the rain from falling, but after the fire and the brimstone, it is very important to keep asking the question: is this how things should be? Can we maintain the status quo and expect a turn-around? Can we ever make a fundamental change by papering over the cracks? Can we make omelette without breaking eggs? Can we cleanse the education sector without a major surgery?

President Muhammadu Buhari last week backed the strategic education plan of Mallam Adamu Adamu, the minister of education. It’s a well-articulated plan. But, as we all know by now, it takes more than a plan. It takes more than a vision. It takes more than a man. All hands must be on deck. The institutions and human beings to actualise the vision have to be on the same page. Unfortunately, most unfortunately, Nigeria is such a warped society that when you think about reforming a critical sector like education, the only thing some people can see is money. The unions are there to put a spanner in the wheel, in any case. Who really cares about any vision?

Let’s be honest: if the TRCN were driven by a vision and were doing such a great job, the complaint we would have about our schools would be the infrastructure, not the teaching. All sorts of characters, both literate and illiterate, are certified as “qualified teachers”. I can say confidently that I was well taught in my primary school, even if we didn’t have great toilets or cushioned chairs. Over the decades, everything has gone on sale. Everything has a price. That is why we keep rigging the figures. We keep deceiving ourselves that things are improving when they are not. After eating one hundred yams, we will feast on another one hundred lies — like Kola (no relation).

AND FOUR OTHER THINGS…
NEW CUSTOM

Just when you see and hear things that should make you finally give up on Nigeria, a light suddenly flashes in the darkness. I was so encouraged by the testimony of a Customs officer in court on Thursday on the illegally imported 661 pump action rifles. Abdullahi Muhammad said he was offered a bribe of N8 million but he turned it down — and his supervisor fully supported him. Oh my God! In Nigeria? How many Customs officers would do that? In a country where, for filthy lucre, fake and substandard drugs — including life-saving insulin and antibiotics — easily pass through Customs, this inspires some optimism about Nigeria. Maybe we are not genetically corrupt, after all. Hope.

President Muhammadu Buhari did what some called a “soft launch” of his 2019 re-election bid last week in the south-east, which is clearly the bastion of opposition to his government. He was received by the politicians and the traditional rulers. He was hosted to a banquet. He was even decorated with chieftaincy titles. Was this for real? Was it meant for the cameras? Is he genuinely wooing them? Are they genuinely responding to his touch? Are they faking it? Most crucially, are the Igbo elite and the people on the same page? In all honesty, it is difficult to know the fruits his overtures will produce, but I think there is a long way to go in winning them over. Dicey.

It was heart-warming that the Anambra state governorship election went on smoothly on Saturday. I had my fears. The IPOB threat was there, and with allegations that the APC was hell-bent on taking the state to please President Buhari, I was wondering if we were not about to reverse the gains of previous elections. I wondered if we would not need a massive deployment of soldiers to reinforce security. When police withdrew Governor Willie Obiano’s security aides a few days to the D-Day, I almost gave up. You can now understand my relief that it went without any major incident and the turn-out was good. At least we should be able to get something right in this country. Progress.

How much is too much? President Robert Mugabe of Zimbabwe has always carried on as if he can do and undo. His actions and decisions go unchallenged by his subjects. Slammed with a hefty hammer by the West since 1990 over his insistence on implementing agreements with the colonialists to cede land to blacks, Mugabe has watched his country wither like herb but he would rather eat grass than backtrack. He has not helped himself with a series of rash and selfish decisions that have worsened his country’s economic and political fortunes. Removing his VP to pave the way for his wife as his successor appears to be the final straw leading to a military intervention. Snookered.