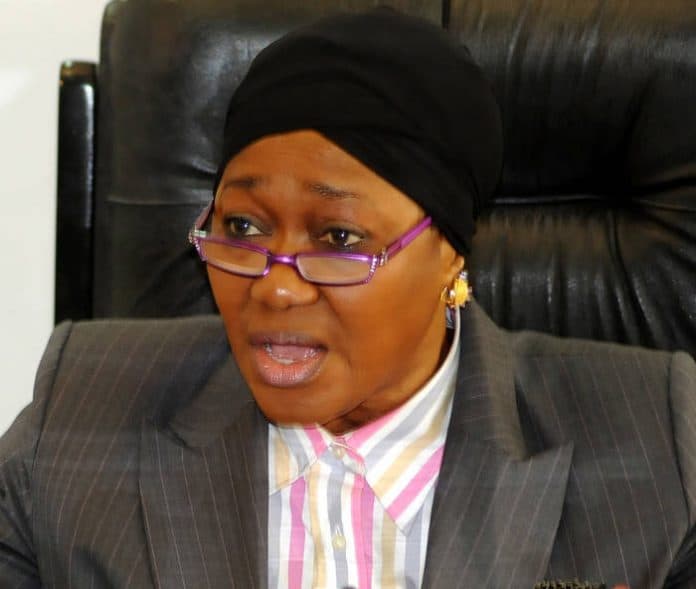 Somewhere out there, right now, is one rich and powerful Nigerian. We do not know how he made his money, but we have it on some authority he was one of the chieftains of the fuel subsidy scam.

That chapter, you might remember, almost brought down the Goodluck Jonathan government in January 2012.

During that time, Jonathan, like every pretentious Nigerian leader passing through the pages of history, was ‘combating’ corruption. At the helm of the Economic and Financial Crimes Commission (EFCC), was one Farida Waziri, a former policewoman.

Waziri was notorious for her dubious background and for her duplicity. During her tenure, I detailed in this column her unsuitability for the job, including conflict of interest issues.

And then, once she took office, she tried to remodel the EFCC, including removing the top 10 officers who had handled such important case files as those of Bukola Saraki and James Ibori. One of them was a thorough and respected officer known as Ibrahim Magu, who had led the Economic Governance Section and Presidential Task Force. Waziri had him arrested, detained, suspended from the police, and exported to Ekiti State.

A fluent liar, she attempted to justify her actions, saying she was hunting for “vital documents” concerning sensitive EFCC cases, and that the files of the governors facing prosecution were either missing or distorted. Not true: one of Mr. Nuhu Ribadu’s strengths had been his digitisation of information and offshore storage.

Trying to ward off public opprobrium, Waziri also lied that the EFCC did not have any public petitions against former President Olusegun Obasanjo. She has a master’s degree in law, but not in History: in November 2007, the Coalition Against Corrupt Leaders had publicly filed one at the EFCC’s Ikoyi office; and days later on December 10, the Conference of National Political Parties also publicly filed another, acknowledgement by the EFCC in a letter dated December 24, 2007.

Waziri did many other dastardly things for which she earned a large accumulation of petitions, but for some reason, Mr. Jonathan ignored them all, setting the EFCC chairperson free to travel, spend money and make speeches.

In reference last week to losing that plum job, she declared the EFCC had been denied the freedom to do its work, suggested that her removal meant she was not part of “the alleged grand corruption” under Jonathan.

“I’m only glad that those things didn’t happen under my watch as EFCC chairman because it would have been too traumatic for me,” she declared. And that is why if I see ex-President Jonathan today, I will kneel down to thank him for the honour done me by removing me as EFCC chairman at the time he did.”

She spoke as though she was not the same person who, in an interview with the EFCC’s Zero Tolerance magazine in September 2013, two years after she had been sent home, complained that Jonathan had ‘humiliated’ her by the abruptness of his action.

This is how she said she got fired: “My first strong premonition of what was ahead was when I began the probe of the monumental oil subsidy fraud going on then. I came to Lagos on a vital intelligence on the subsidy scam and as soon as I arrested a key culprit, I got a call from the presidential villa asking me to release the suspect, because according to their words ‘he is our person’, but I refused to let him off and days after I was removed from office.”

While one Olusegun Obasanjo is no measure of an ethical standard himself, the former president had also reviewed her time after Mr. Jonathan summoned the courage to get rid of her. Also speaking to Zero Tolerance, he described Waziri as a “disaster” in the anti-corruption effort, and one of her sponsors for the job was an infamous Delta State governor.

“If James Ibori, who is now in a UK prison for fraud, head-hunt (sic) somebody who will fight corruption in Nigeria, then you can understand what happened,” he told the magazine.

I acknowledge that history is full of people who arrived in office with a lot of baggage but still demonstrated remarkable capacity, and achievement.

Waziri is not one of them. And she did not like Obasanjo’s lack of appreciation of her efforts to shield him when she was at the EFCC. She accused him of manipulating the agency during Nuhu Ribadu’s tenure, to hunt political opponents as he sought a third term in office.

“I will like to warn that those who live in glass house don’t throw stones and as such Obasanjo should not allow me open up on him,” she advised in that 2013 interview. “Respectable elder statesmen act and speak with decorum.”

But what was done was done. Curiously, Jonathan never said a word about why he fired her until she advertised him negatively last week when she attributed her dismissal to her refusal to back down from the probe of that ‘mastermind’ of the fuel subsidy sweepstakes.

To be fair to Jonathan, he has so far shown little respect for President Muhammadu Buhari’s version of an anti-corruption war, apparently taking advantage of what an EFCC official says is an agreement with this government that he and his family would not be probed.

But last week, he took Waziri’s bait, and challenged her on Twitter to identify whom his presidency had stopped her from investigating.

He went further: “Let the @officialEFCC investigate. Crime has no statute bar…”

If Buhari’s anti-corruption propaganda had any substance, it would have been fascinating to see such an investigation. An early lesson you learn as a Nigerian is that you cannot transmit electricity you have not generated, which is why the presidency and the minister responsible for power are first to buy generators.

But here is the truth: unless there is a genuine onslaught on corruption and false standards, one day soon a current public officer will say about Buhari the exact same things Waziri is saying about Jonathan. But that will be a more painful insult, because Buhari implied he was ethically superior to Jonathan.

What the Waziri outburst reminds us is that a war against corruption is a political engagement that must be led and fought by a single-minded and robust leadership. Such a war has only one compass, with no left and right turns.

Waziri is a reminder you can’t prosecute such a war, particularly in a country as filthy as Nigeria, without critically reviewing the critical agencies and leaderships of the police force (including the secret police), the anti-corruption agencies, the Attorney-General of the Federation, the Secretary to the Government, and the Office of the Head of the Civil Service.

In other words, if you have the heart: deploy a firm 10-12 year shovel into Ribadu, Ibrahim Lamorde, Waziri and Magu at the EFCC, for instance; and into Michael Aondoakaa, Mohammed Adoke and Abubakar Malami at the Ministry of Justice, and you have all of your answers.

Otherwise, anyone who says he is fighting corruption without investigating these offices and officers is fighting cancer with air-fresheners.