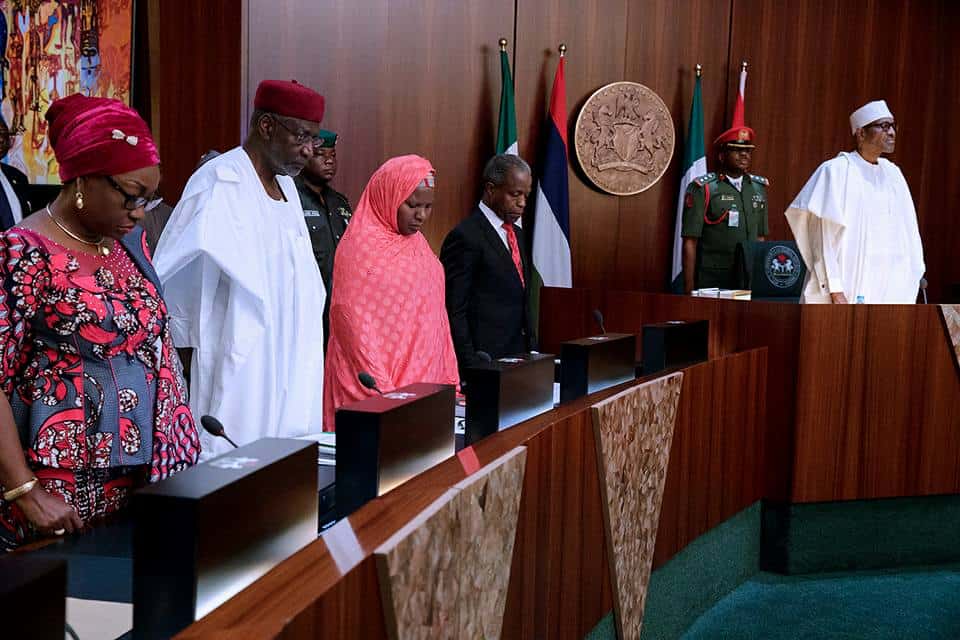 The Federal Executive Council has approved the sum of 458 million naira for the recruitment of consultants to conduct pilot laboratories as part of the implementation strategy for Nigeria’s Economic Recovery and Growth Plan, ERGP.

The fund approval was one of the decisions arrived at during the FEC meeting on Wednesday, as presided by Vice President Yemi Osinbajo at the presidential villa.

President could not preside over the FEC meeting as he has been away on a two-day official visit to the southeastern part of the country.

After the meeting, the Minister of Budget and National Planning, Udo Udoma told news men, that the council approved the sum for the engagement of consultants to carry out pilot labs as part of the implementation measures for the country’s Economic Recovery and Growth Plan, ERGP.

The Minister of Power, Works and Housing, Babatunde Fashola stated that the council approved the sum of N27.233 billion for the construction of Gombe to Biu road.

The Minister disclosed that the revised code adopts international building standards and seeks to enhance fire protection systems in buildings.