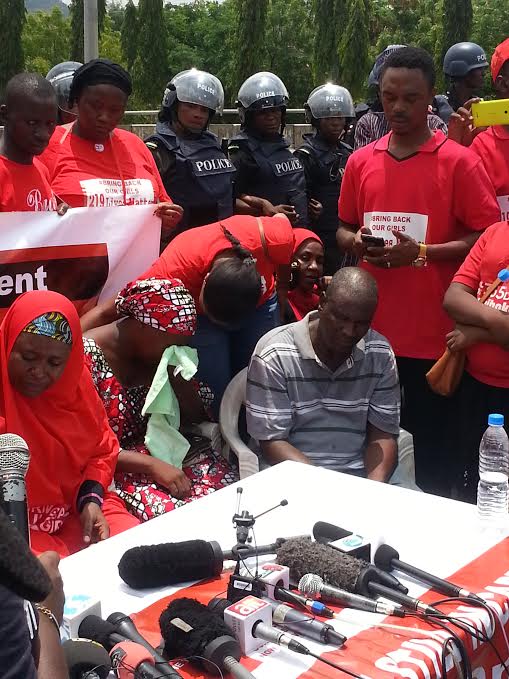 -FG has continued to deny parents of Chibok girls the opportunity of re-uniting with their daughters.

-Do not stop us from meeting our rescued daughters, we need their comfort  – Parents of rescued Chibok school girls.

Parents of the Chibok schoolgirls still held captive by Boko Haram insurgents have written President Muhammadu Buhari over his “silence” on the fate of their missing daughters.

In a letter addressed to the President, that they have lost hope and are traumatized as it seems the rescue of 82 of the Chibok girls is seemingly a form of closure of the case, as no one is paying attention to the grieving parents.

The parents also cried out that 20 of them had died while awaiting the return of their beloved daughters. As a result they have appealed to the government to avoid the death of another grieving parent.

In the letter dated November 12 and addressed to President Buhari, the parents with one voice demandedto know the whereabouts and latest information about their daughters.

The letter reads in part, “When the 21 girls were rescued, we begged to be part of the reunion so we could hear about our missing daughters, but, we were denied that opportunity.

“Again, when the 82 came home, we were so happy knowing very well that we could meet them and hear about our daughters, even if they are dead, so we could bring this to closure.

“Again, we were denied the chance to meet them, till today.

“We have been travelling to ask our local leaders to hear from them but no one seems interested in briefing us about any effort or action by the federal government, to secure the release of our daughters. We feel neglected.

“When government promised to secure the release of the girls, repeatedly, we thought it won’t be long after the 82 girls were rescued, having seen how possible that was.

“Right now, we are hopeless and more traumatised than before because, it seems the successes recorded are now considered as closure since no one is paying any attention to our grief.

“We want government to deal directly with parents of the missing girls, let us know what next.

“Do not stop us from meeting the rescued girls, we could hear words of comfort from our daughters, through them, and to know whether they are alive or not; for us to know the next step.

“We have lost 20 of the parents, we don’t want to lose any one of us in this situation again.

“Please, respond to our call.”