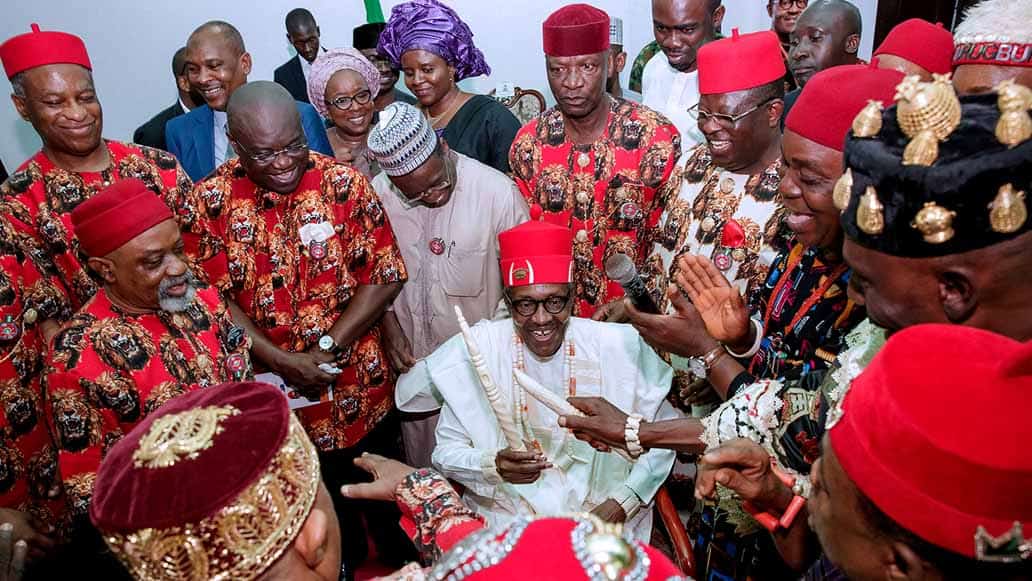 Buhari departs to Abuja after two-day official visit to South-east.

President Muhammadu Buhari has returned to Abuja after a two-day working visit to Ebonyi and Anambra in the South East region.

Buhari, while addressing Ebonyi State Leaders of Thought and Traditional Rulers at a meeting in Government House, Abakaliki, assured the the people of South-east that his administration will swiftly carry out execution of roads, power and other projects in the region.

He added that the visit clearly indicated that his administration has strong belief in the unity of Nigeria.

The president inaugurated the 14.5km Abakiliki-Afikpo federal road constructed by the Ebonyi government and launched the 700-metre dual flyover over the Trans-Sahara route, running from Enugu to Cameroon, and the Sen. Offia Nwali flyover, in the state capital.

Naija News gathered that Buhari also performed the foundation laying ceremonies of Ebonyi City Mall, another flyover and road tunnel named after him.

He also unveiled the statue of Akanu Ibiam, former Governor of the old Eastern region, whom he described as “a great Nigerian, whose notable records of humanitarianism, advocacy of free primary education and rural development would continue to be an inspiration to all.’’

Buhari hailed Governor David Umahi for “his vision and commitment to the development of the state,” and thanked traditional rulers in the state, led by Eze Charles Mkpuna for conferring him with the chieftaincy title of Enyioma 1 of Ebonyi (Trustworthy friend of Ebonyi).

The president was also in Akwa, the Anambra State capital for the mega rally of Tony Nwoye, the APC candidate in the gubernatorial election to hold on November 18.

He called on the people of Anambra to turn out in mass to support and vote Nwoye at the poll.

It would be recalled that Obiano had cried out that his security details were withdrew from him.