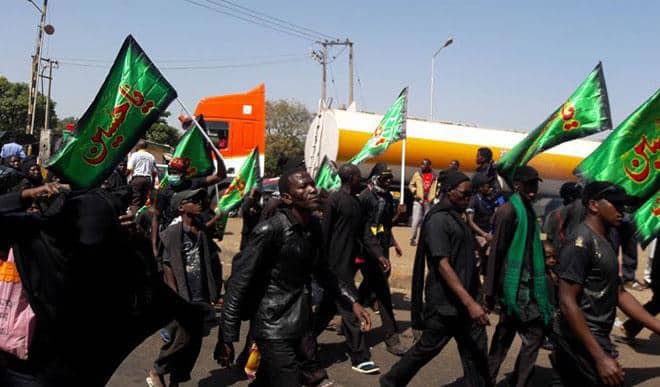 -The police fired tear gas as the crowd tried to push through the barricade.

Motorists and other road users in the nation’s capital city of Abuja have been forced to scamper for safety as pro-Zakzaky protesters and police clash.

Members of the Islamic Movement in Nigeria (IMN) had taken to the streets of Abuja, demanding the release of their leader, Ibrahim Zakzaky.

The protest however turned violent when a detachment of police tried to stop the thousands of protesters heading to the Unity Fountain in Abuja, but met strong resistance from the crowd who were determined to accomplish their mission.

Reports obtained by Naija News says the police had to result to firing tear gas as well as live ammunition as the protesting crowd tried to force their way through the security barricade.

Recall the arrested shiite leader has been in government custody since he was arrested and his followers have consistently demanded for his release.

The protest led by members of the Islamic Movement in Nigeria (IMN) is another one of several protests demanding the release of Ibrahim El-Zakzaky.