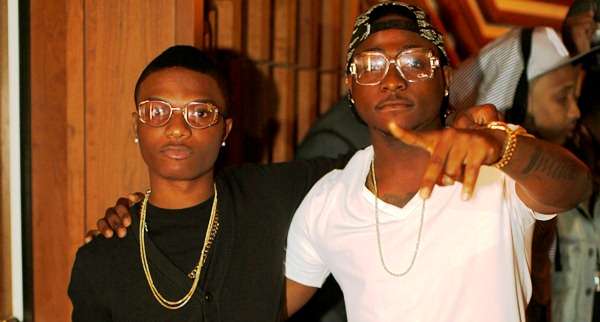 -Several Nigerian musicians nominated for awards at the All Africa Music Awards (AFRIMA).

-The event will come up in Lagos on the 12th of November.

Two of Nigeria’s biggest music stars, Wizkid and Davido, will be going head to head to determine who emerges winner as both have been nominated in the All Africa Music Awards (AFRIMA) 2017 scheduled for November 12 in Lagos.

The duo have been nominated in the ‘Best Male category award’ in West Africa.

According to a statement released by the organisers’ spokesperson, Femi Morgan, the nominated artistes will rely on votes from their fans to decide who wins the 23.9 Carat plaited gold AFRIMA trophy.

“Southern African female nominees have some scores to settle at the 2017 AFRIMA Awards. He said.

“She might get her rep back if she sweeps all contestants to win the Best Female Artiste in Southern Africa at AFRIMA 2017. Old rivalries in SA might rear its head at the Awards as AKA gets nominated in the same category as Nasty C and Emtee,” Morgan said.

“The Cameroonians divas claim to run the show in the Central Africa region, as five nominated music divas bring to battle their different musical styles to win the 23.9 carat gold award.

“The Gabonese Popstar, Bussine and the Angolan pop queen, Nsoki is in the game to burst their bubble and win the award for their home countries.

“Four Tanzanian divas are gunning for the awards for the Eastern region; they include Vanessa Mdee, who won the 2014 AFRIMA awards in the same Best Female Artiste in Eastern Africa category.”

“She is pitched against Tanzanian love singers Feza, Lady Jaydee, and Nandy.

Uganda’s Juliana Kanyomozi is a music big fish who will clash with Kenya’s Victoria Kimani despite her West African and East African base,” he added.