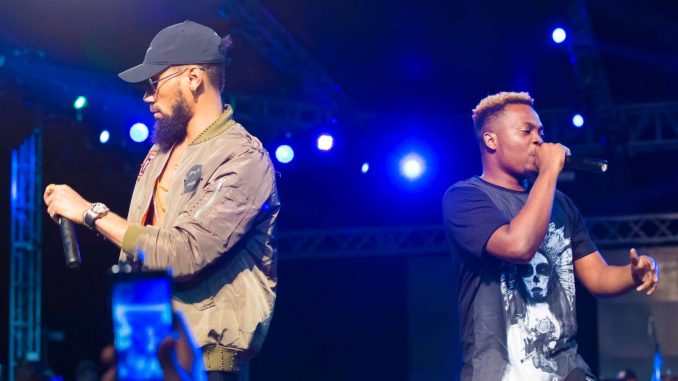 Two of Nigeria’s most prolific rappers, Phyno and Olamide, who incidentally both rap in their local dialects, came together to thrill their fans with a beautiful single titled ‘augment’.

The collaboration by Penthauze boss, Phyno and the YBNL boss, Olamide was produced by talented producer, Masterkraft.

Though released about a month ago, the dope song still keeps fans dancing and singing along.

You can watch the video just below: