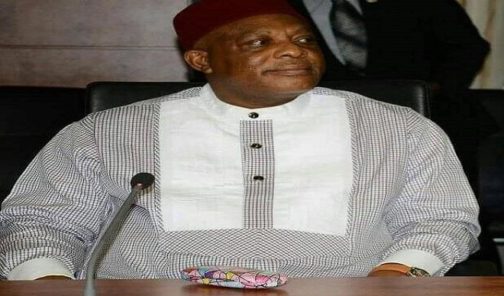 Chief Frank Ekpunobi, one of the directors of National Youth Service Corps (NYSC) is dead.

Naija News gathered that Ekpunobi died after a brief illness, and until his death he was the director of Corps Mobilisation.

Information obtained by Daily Trust says that the Directors of the scheme alongside other management staff were scheduled to be in Benin, the Edo State capital on Monday to flag-off a training of the biometrics clearance of Corps members by the Local Government Inspectors of the scheme in the south south but could not go due to the sudden death of the Director.

The Director General of the scheme, Brigadier General Sulaiman Kazaure bemoaned that the death came as a shock to the scheme, adding that the scheme was in a difficult moment trying to get another hardworking and sincere officer like the director.

Kazaure received a team from the Health Records Registration Board of Nigeria, Abuja.

The team of the Board, led by its Human Resource Manager, Mallam Abdulmalik Saidu Mohammed representing the Registrar, Alh. Mohammed Ibrahim Mami said the board had always been coming to the late Director to help mobilise their staff who were graduates due for their one year national youth service programme.