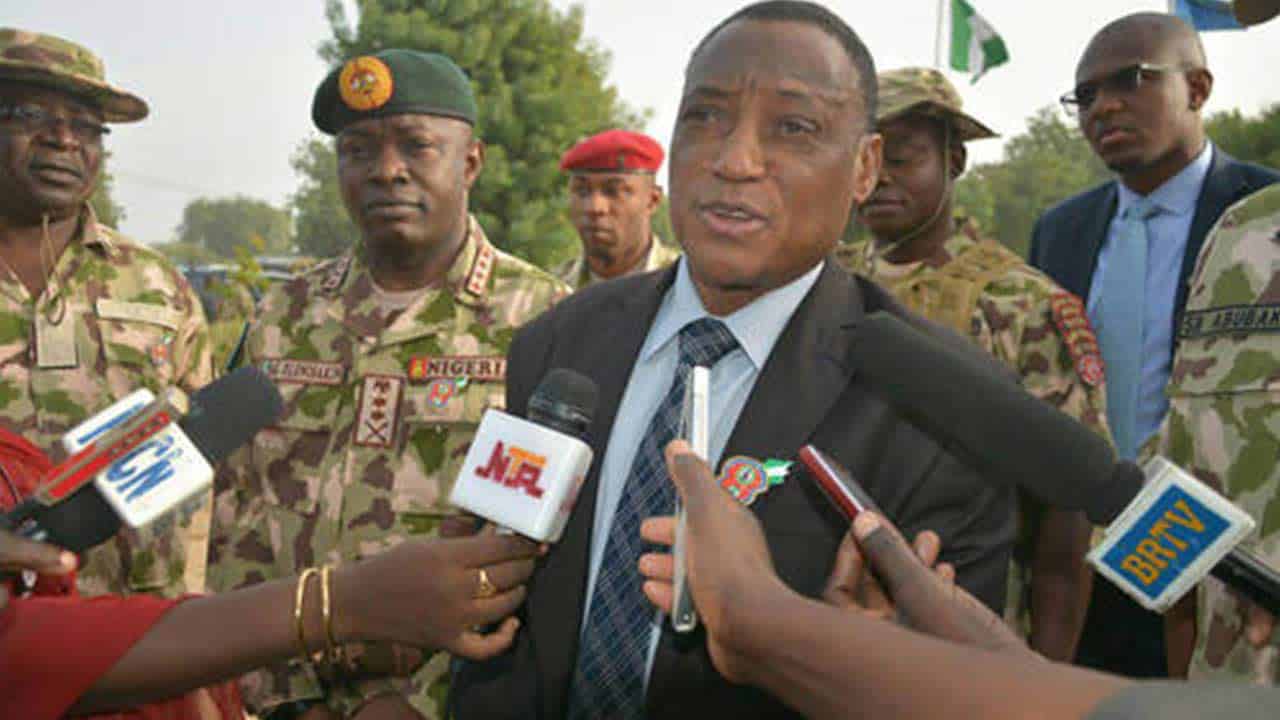 The Minister of Defence, Mansur Dan-Ali, has said that a military joint patrol tagged: “Operation Harbin Kunama II” will begin in Zamfara in December as part of plans to completely erradicate terrorists in the area.

The minister revealed the commencement of the exercise while addressing journalists in Gusau on counter-terrorism operations in the country.

Naija News recalls that Operation Harbin Kunama II was launched by President Muhammadu Buhari in July 2016 during which scores of armed bandits were killed.

Speaking further, Dan-Ali said the same way the military was embarking on Operation Awatse in the South-West and Operation Crocodile Smile II in the South-South, so is it going to commence Harbin Kunama II in the state in December.

He added that there would be continued anti-terrorism operations under various army code names in all the geopolitical zones of the country to seriously wipe out terrorists and their activities.

He re-emphasised that the Nigerian army has the full capacity to curb terrorism in the country “so that people can continue to live in peace and enjoy the dividends of democracy.”