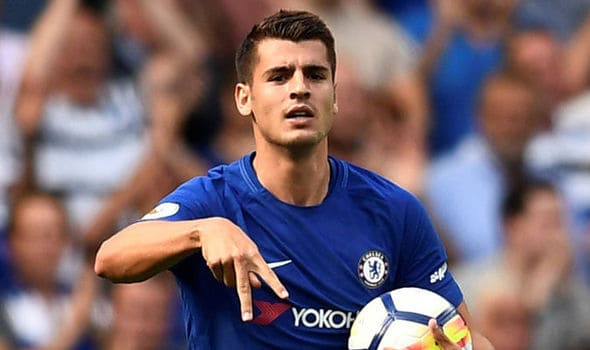 -Morata shows the way as he scored a brilliant header to secure victory for Chelsea on Sunday.

With Sunday’s goal, the team moves up to 22 points and occupy 4th position on the league table while Morata himself has now scored 7 premier league goals since his summer arrival in England.

The Chelsea striker is only one goal behind the duo of Sergio Aguero (Man. City) and Harry Kane (Tottenham) who jointly hold the top position in the Premier league goal scorers chat.

Speaking with Sky Sports after the match, the 25 year old revealed the all important goal against United represented his best goal for his club so far.

“It is important that we won. We had a very good chance today to come back to winning ways.

“We are happy now with the international break we can go with three points.”

Asked if it was his most important goal for Chelsea, Morata said: “For sure.

The Spanish international will return to premier league action with his Chelsea team mates on November 18, when they take on West Brom, after the international break.