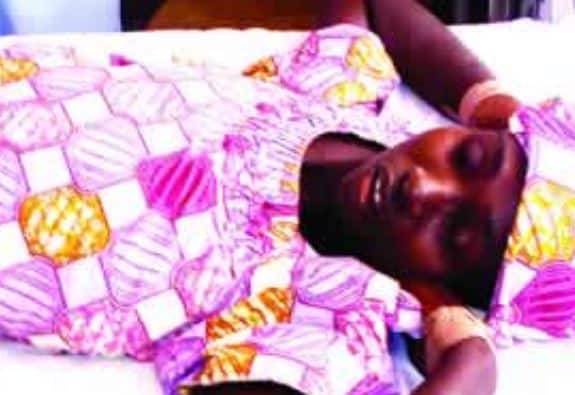 -One of the deceased quadruplets dies hours after birth.

The CMD stated that, “Yes, the woman died about 11 this morning (Sunday). But I will call you back to give you details as I am driving.” Punch reported.

Speaking on the connection between Gaje’s death and the caesarian section she underwent, sources at the hospital, told Punch that her health condition had already stabilized, hence she did not die due to the operation. They added that plans were already being made for the naming of the babies, before the unfortunate incident occurred.

One of the sources, pleading anonymity, said, “Gaje had already scaled though the operation stress and we were looking forward to the naming ceremony of the babies.

“A good Samaritan had even purchased the ram that is to be slaughtered on Wednesday for the naming ceremony. We were just alerted this morning from our duty post to her sudden restlessness and few minutes later, she was dead.”

Gaje’s corpse had on SUnday been taken to her village, Gora Dansaka, for burial rites, according to Islamic tradition

Naija News recalls that Gaje had been delivered of three boys and one girl through a caesarian operation last Wednesday by a medical team at the General Hospital, Malumfashi, Katsina State.

One of the quadruplets died on the evening of their birth, leaving three behind.