-Nigeria to export yams to European countries as the largest producer of yam in the world.

-This will form part of government efforts to reduce the country’s over dependence on oil. 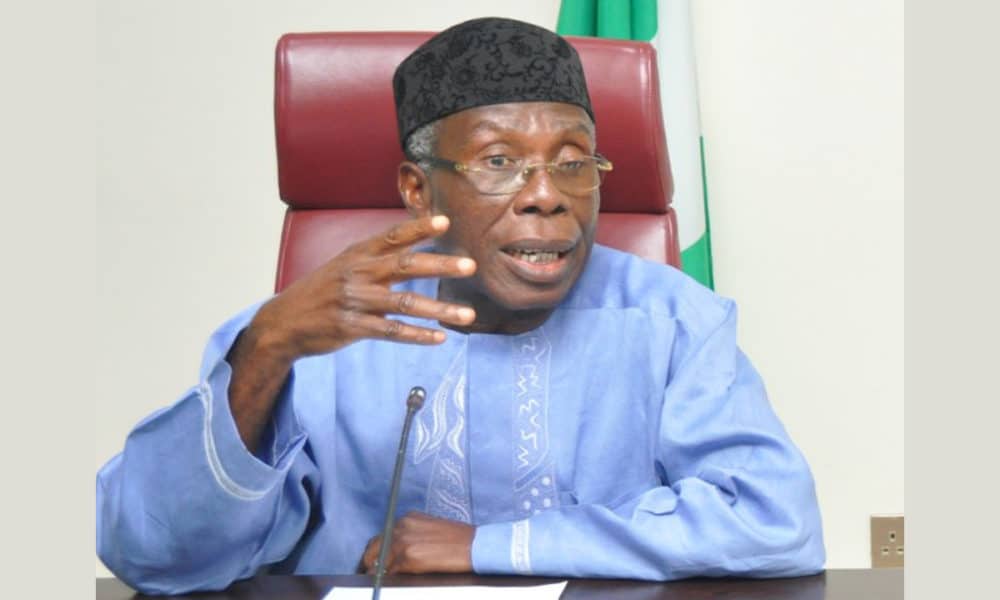 Despite initial rejection by the United States government, Nigeria’s minister of agriculture and rural development, Chief Audu Ogbeh, has revealed the country will continue to export yams.

Speaking on Thursday at the end of the yam exporters’ stakeholders meeting, the minister revealed yam export will contribute in no small measure to government’s efforts at diversifying the nation’s economy.

Chief Ogbeh further revealed adequate measures are now been put in place to avert the circumstances that led to the initial rejection of Nigeria’s yam export.

According to him “the Federal government position is that we are exporting yams and we will continue to export yam because we are the biggest producers in the world and we should be the biggest exporter.

“While people are talking now, the rest of the world has given us notice about 10 years from now we won’t be selling much oil, and if you people want to wait till then to look for what to export, the crisis they will be worst than what we have now, and when we want to do it, we look like the enemies of this country we feel sorry for those who are so ignorant, they don’t understand, but we will continue until we take over the world market.”

The minister further cleared the air on the purported rejection of yams in the UK, stating what happened was actually a lack of facility to preserve the freshness of the yams while packaging and transporting them to the UK.

‘’We are talking, there is a manufacturer now who will be installing conditioner rooms both at the ports and the farms and the mini centres where these things are produced to keep them fresh and to have them packaged properly according to demand standards in Europe and once that is done, the Europeans have no quarrel. The Americans, the Canadians are looking for yams at least the large population of Nigerians abroad are looking for this.”

“we will continue doing the business, expanding it, we have a team coming from the United Kingdom shortly to sit down with us and discuss export possibilities, I was there 11 days ago and they said that food market is £30 billion and Nigeria is taking just £15 million and they were wondering what we were doing, there is no reason what we can’t take 10 percent and if they need things from us and we can produce those things to their standard, what are we waiting for?”

“The team from U.K will come to Nigeria, spend about a week or more, then they will sit down with Nigerian exporters, they (exporters) will hear from the U.K authorities on how they want these things brought to their country, then whoever fails to meet the standard shouldn’t blame anybody, but also we don’t want Nigeria being embarrassed out there by people who are in a hurry to send things without meeting standards.”