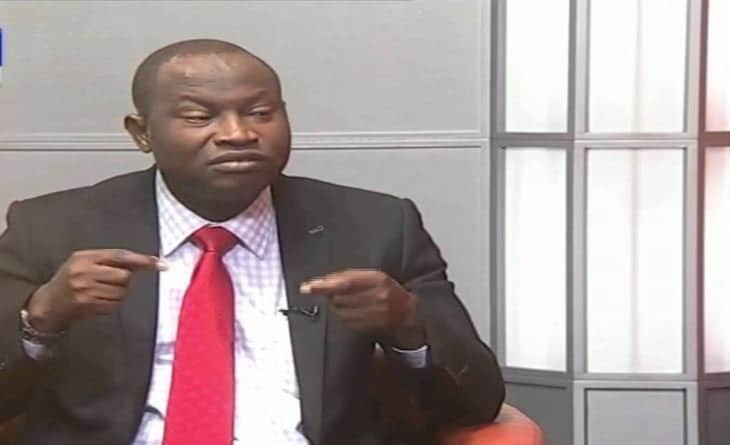 A human rights lawyer, Jiti Ogunye, has described the recall and promotion of the “embattled” former Chairman of the Presidential Task Force on Pension Reforms, Abdulrasheed Maina, as a grand conspiracy against President Muhammadu Buhari.

The Lagos-based lawyer made the assertion while speaking on Channels Television’s Politics Today anchored by Seun Okinbaloye.

Ogunye said, “We are dealing with a grand conspiracy against the people of Nigeria, the Nigerian state and from what we can see, the President himself.

“By the President’s action, it is obvious that he didn’t know what was happening behind him. And so why do I call it a grand conspiracy? Maina has been a fugitive from justice and is a scofflaw. He is scofflaw in the sense that he has defiled the Nigerian state, he has defiled every institution.

“He has defied the serving Senate, the EFCC which is in the Executive branch of government, he defied the court. A man who is a scofflaw; who is a fugitive; who ran away from a criminal justice process cannot be found guilty in absentia.”

Accusing the Attorney-General of the Federation and Minister of Justice, Ogunye said the judge triggered the Maina’s issue by writing a memo to the Federal Civil Service Commission urging Maina’s reinstatement, since an earlier court warrant had been vacated, hence a Presidential aide defending him.

He explained: “The Senate asked him to come, he refused to come. He went to court via a fundamental rights enforcement procedure application to injunct the Senate. Now by 2015, he had been charged to court by the EFCC and he was supposed to be in court.

“He was declared wanted because there was an order for his arrest, a warrant of arrest. What has happened is that by deception, that order (warrant) for his arrest was vacated by a Magistrate court and the Attorney-General who triggered this whole thing.

“And that is why Chief Obono-Obla was speaking tongue in cheek because it was his principal, the person he is working with that triggered off the whole thing. So, the AGF then wrote a memo to the Federal Civil Service Commission stating that since that warrant had been vacated, he should be reinstated, whereas his sack in the first instance was predicated on his abscondment.”