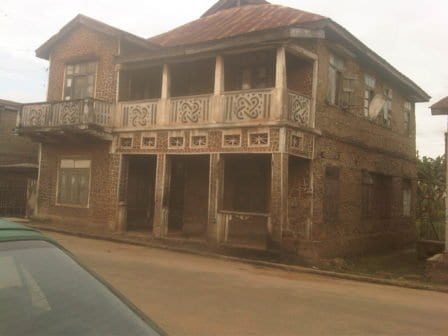 The Ogun State government in collaboration with the federal government has made plans to honour and immortalise the late Afro-beat legend Fela Anikulapo-Kuti by turning his family house in Abeokuta to a museum.

The house which undergoing renovation and located at NEPA road in Isabo, Abeokuta, the Ogun State capital would be known as ‘Heritage Museum’,.

Mohammed said the renovation and preservation of the family house was symbolic at a time when the 20th anniversary of Fela’s death is being celebrated.

He added that the project will be a model for inspiration to youths in the state and in Nigeria.

In his words: “It is laudable in the sense that this is one of the most positive steps to actually put our rhetoric into action. We’ve always said that one of the most important assets we have is our cultural heritage, our history and this project which is going to immortalise Kuti’s family, I think it’s very laudable and admirable.

READ ALSO: Felabration: Honouring of Fela should motivate Nigerians to live a life of emulation – Sobayo

“The Kuti family, as you know, they represent different things to different people, either you talk about education; emancipation; music; entertainment; therefore, this attempt by the government immortalising the family by preserving and restoring the ancestral home of the great family, I think it is very commendable.

“This is the period we are celebrating the 20th anniversary of the death of the maestro himself and I am sure this is going to be commissioned very soon, probably next year or thereabout.

“The emphasis of this government whether state or federal is that creative industry must be turn to creative economy and I think this center is going to be a good model to encourage and inspire the youths.”

Describing Fela’s family as one of those who laid the foundation of a greater Ogun State, Amosun assured that the project would be ready.

“All our icons, they have special place in out administration. These are people that defined us, when we go out there and said we are from Ogun State, we can’t call ourselves who we said we are without those giants that lived before us that laid the foundation that we are all building upon.

“And clearly, the Kuti family is one of those illustrious families that conquered the world, not only Ogun Sate or Abeokuta or Nigeria. Indeed, sometime when I was away in US and I took a cab, the music I was hearing was the music of the great man, Fela, himself.

“Fela was far ahead of his time, for us, it will be in our interest to let people know his origin, his root, where he was from, and somehow the way of the Kuti family, there is none of them that is not a book and history on his own that people will not love to read any day anytime.

“We are going to have museum for all of them, it is not just the Kuti Family alone, we have several of them here; we talk about Baba Ogunde; great Ebenezer Obe, thank God he’s still here with us, this is just one of those things we are going to do and we are happy that next year, people will be using this and we will commission this,” the governor stated.