During the inauguration in Ilesa, Aregbesola said that the establishment of the school was part of his administration’s efforts to make true its promise to provide functional basic education.

The 3,000 capacity three-in-one schools, contains 72 classrooms, which could cater for 49 students each, Aregbesola noted. 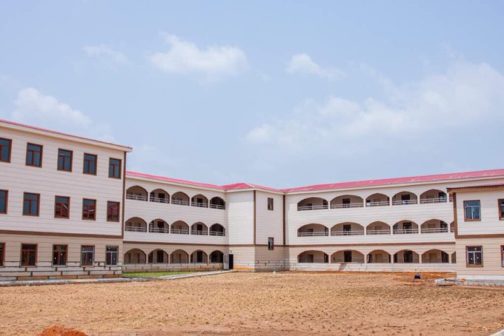 Inside view of the school premises. [Photo Credit: PM News]

He stated further that other facilities in the school included 1,000 capacity examination hall, art and science library, bookshop, 18 toilets each for girls and boys, Principals’ and general offices, among others.

READ ALSO: Senate calls for free and mandatory education for all Nigerians

Aregbesola said, “I am happy and fulfilled that we have public schools that can compete with the best in the world and indeed, our new schools are the ones to beat around here.

“As a government, we have played our own part very well and we will do more if the need should arise.

A laboratory in the school [Photo Credit: PM News]

“It is now left for parents and teachers to do their own part.”

Aregbesola reemphasisied that his government would continually give education  utmost priority.

Also speaking at the launch, Ooni of Ife, Oba Adeyeye Ogunwusi, said the landmarks of Aregbesola’s administration in the education and other sectors would always be a reference point in the state.

Ogunwusi said that the governor was doing what the people of the State would continue to remember him for.