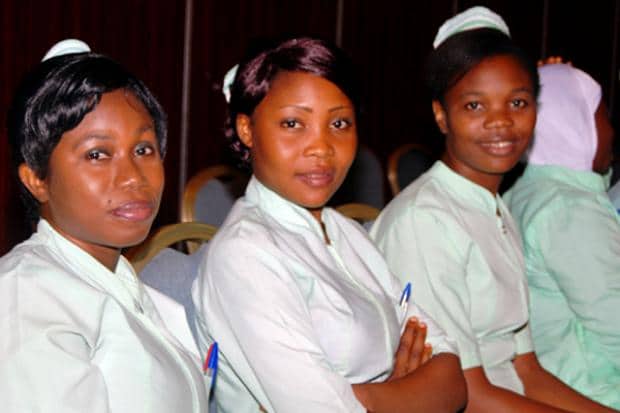 -They are also pushing for greater parity among various health workers.

Health practitioners under the auspices of the National Association of Nigeria Nurses and Midwives (NANNM), has called for its inclusion in the formulation of Federal Government’s health policies.

The call was made in Ibadan on Wednesday by the association’s national president, Mr AbdulRauf Adeniji.

Information obtained by Naija News, disclosed he stated that the inclusion of nurses in policy formulations would give them a sense of belonging, combat unhealthy rivalry within the sector and lead to improved services in the health sector.

“The health sector is bedeviled with a lot of challenges that we are all living witnesses to. This in-fighting was caused by lack of inclusion of nurses in policy formulations.

“This in-fighting has plagued the sector with all manners of industrial strikes and counter strikes among key players of the health sector.

“This has not allowed the glittering aspect of the health sector to manifest in Nigeria. The federal government has to go back to the drawing board and begin to adjust.

“The role of the nurses is pivotal in the health sector. How can a key player be left out in the scheme of things.

“We understand that health care delivery system entails working in collaboration with others to meet the objectives of giving care.

“We adhere to the rules of relationship in all ramification. So nurses should never be seen as errand persons among health workers,” he said.

The president also called on the federal government to address other challenges been faced by those in the profession which include: under funding, lack of infrastructure, salary delays and salary shortfalls and inadequate training programmes for nurses.