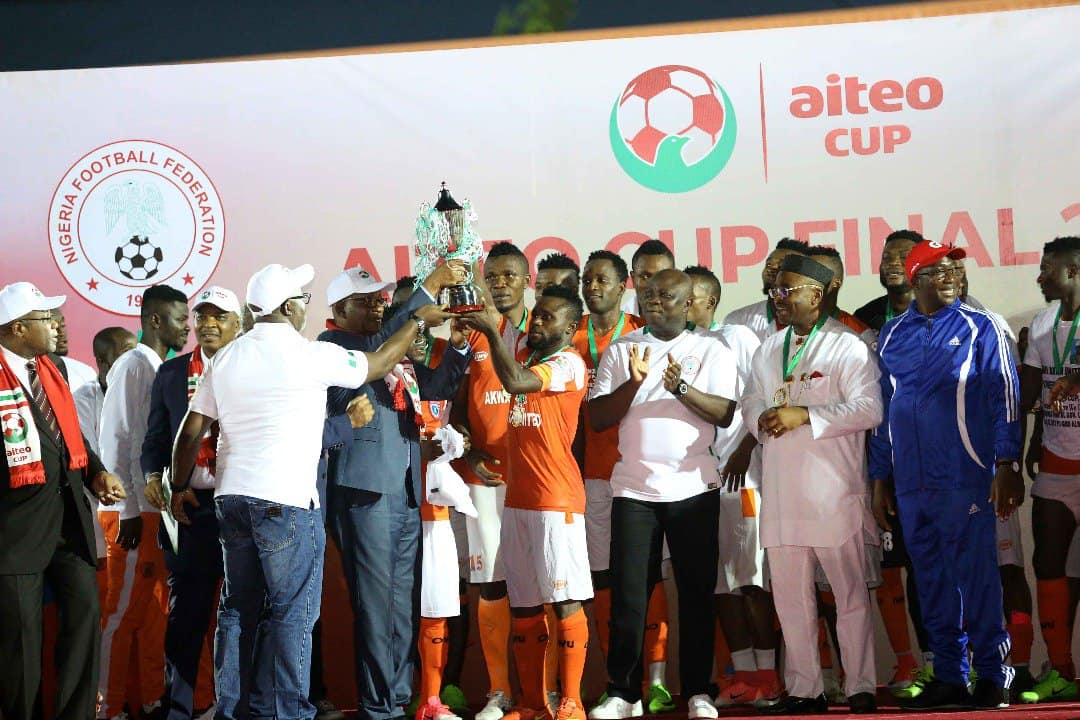 Uyo based Akwa United team, on Sunday defeated Niger Tornadoes 3-2 on penalties at the Agege stadium in Lagos to emerge the 2017 champions of the Aiteo Cup.

The team will now join Enyimba FC of Aba to represent Nigeria in the 2018 CAF Confederation Cup.

READ ALSO: Why Nigerians must not allow TSTV to die

Only Hussaini and Ogbonnaya were able to convert for Tornadoes while the others lost their spot kicks. Dadzie, Olisema and Okechukwu scored from the spot to win the title for Akwa United.

At the end of the tournament, Olorunleke went home as the Best Goalkeeper as well as the Most Valuable Player of the competition while Pyagbara was the highest goalscorer.