One of Davido’s baby mama, Sophia Momodu has reacted to the allegations and counter allegations against the Nigerian singer.

Davido has been in the news over allegations surrounding the death of his friends Tagbo and Dj Olu.

Earlier, the ‘OBO’ crooner released videos from events that occurred at the hospital to absolve himself of all allegation after he was interrogated by the Police. 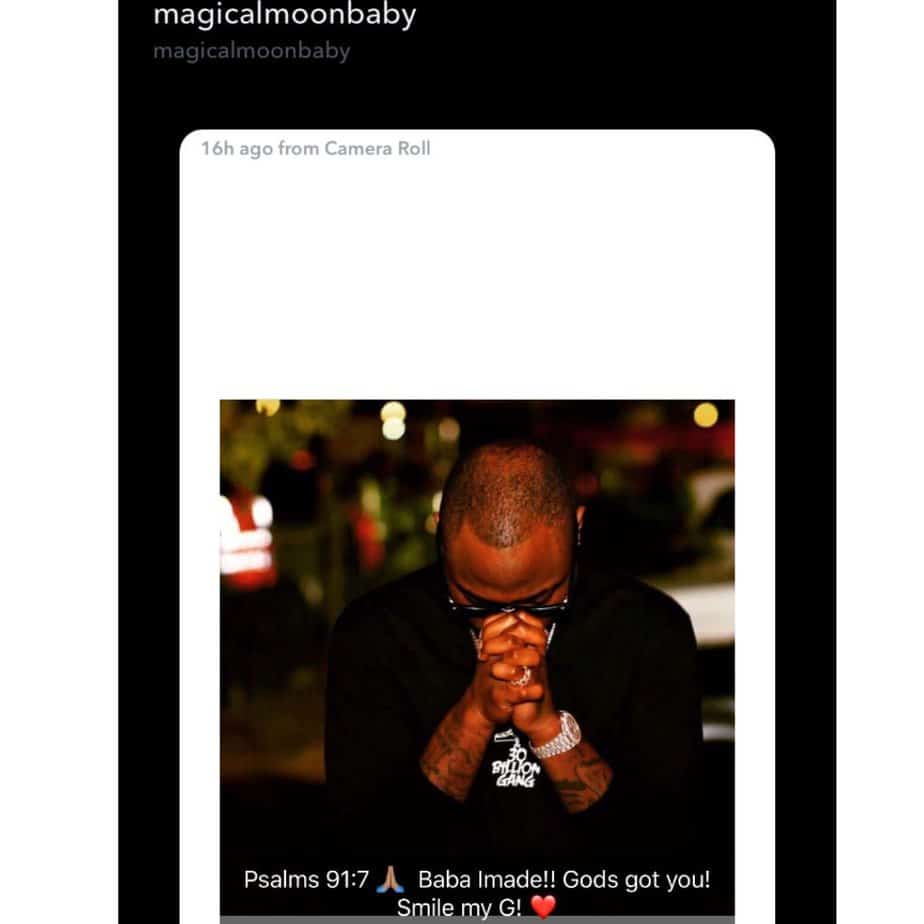 Consequently, Sophia in light of the controversies uploaded a photo of Davido on Snapchat with a caption: ‘Psalm 91:2. Baba Imade! God’s got you!! Smile my G!”