Naija News recalls that there has been controversy over the death of  Tagbo who passed on over a week ago.

The Lagos police commissioner, Imohimi Edgal, on Wednesday told reporters that Close Circuit Television footages from the hospital proved that Tagbo was brought in dead by Davido’s escort driver, Tunde Usutu, and two of his (Davido) friends, Agbeje Olaoye and Idris Busari.

Mr. Edgal also said that a footage at the hospital picked Davido’s escort vehicle and the entire activity. The vehicle was recovered from Davido’s residence at 7, Awoshika Street, Lekki Phase 1.

To refute Edgal’s claim, Davido’s statement revealed that Tagbo did not step foot into Davido’s car at any time. 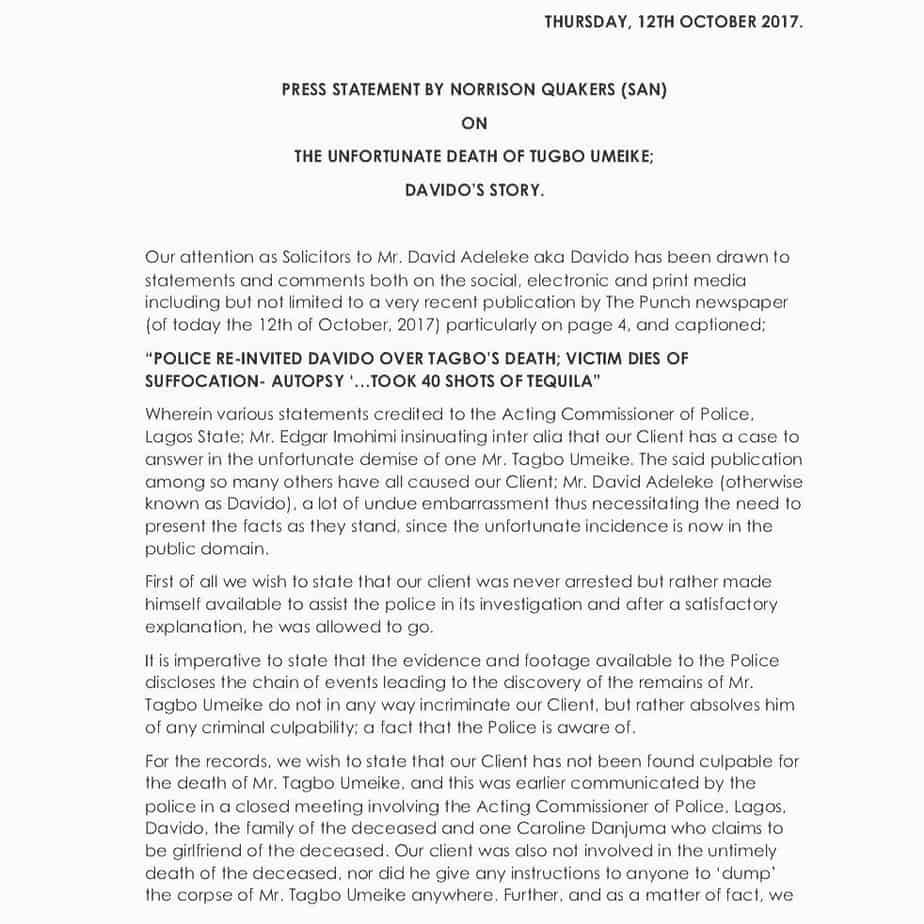 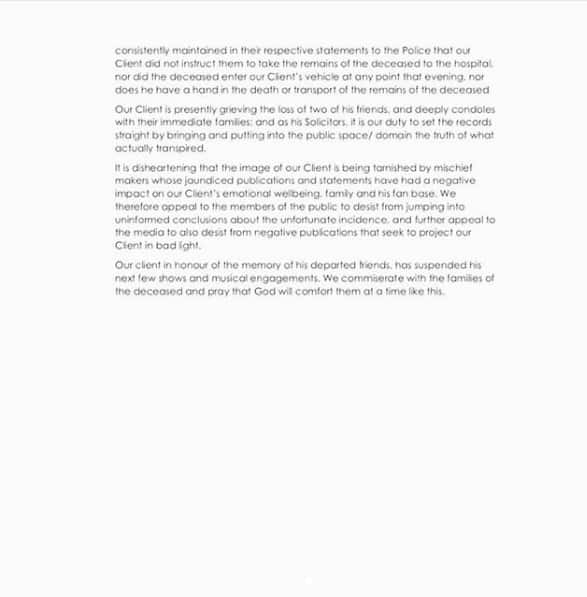 Davido also released three CCTV clips from the night of the unfortunate incident.