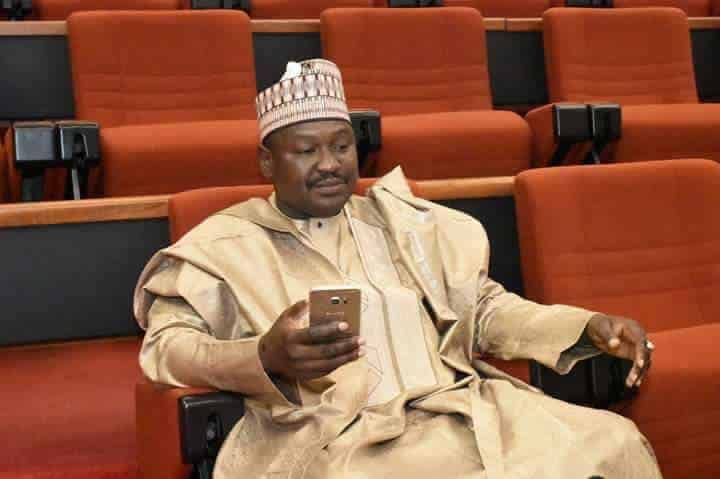 –Senate orders investigation on Misau’s dismissal from the Nigerian Police

Following charges filed against Senator representing Bauchi Central in the National Assembly, Hamman Isah Misau, over alleged forgery, the Senate has said the suit will not affect its probe of Misau allegations against Ibrahim Idris, the Inspector-General of Police.

The Chairman of the Senate Committee on Ethics, Privileges and Public Petitions, Sam Anyanwu, disclosed this with journalists that despite of the charges leveled against Misau, it will go on with the investigation Misau’s accusations leveled against the IGP.

READ ALSO: FG charges Misau to court over “injurious falsehood” against IGP, others

Responding to questions on whether the committee would continue with the probe, as the AGF had filed a suit against Misau on behalf of the IGP, he said, “the committee or the Senate is not a party to the suit.”

Naija News recalls that the Senate had on October 4, 2017 concluded to investigate Misau’s accusations on corruption and misconduct against Idris.

The Senate President, Bukola Saraki, also directed that the committee probe into the circumstances surrounding Misau’s dismissal from the Nigeria Police.