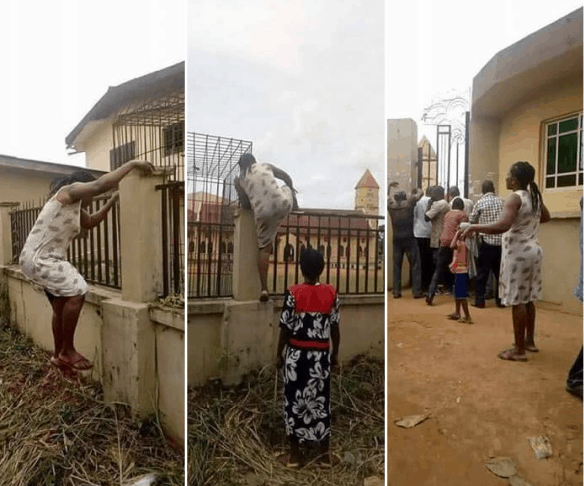 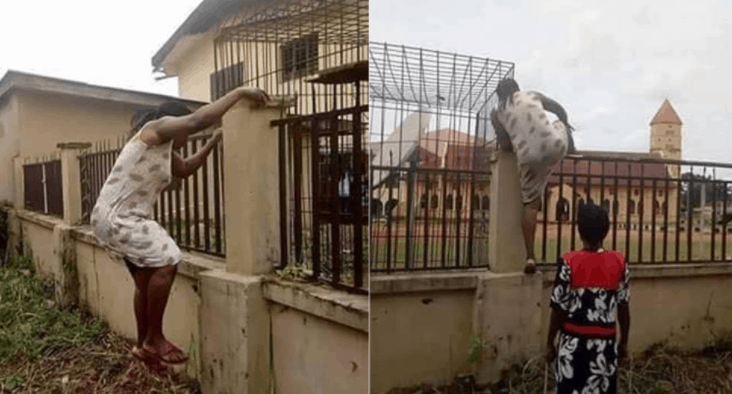 As a result of the chaos that occurred in Anambra on Wednesday, over news that men of the Nigerian Army was attempting to infect school children in the East with the Monkey Pox virus, parents reactions to the news have surfaced.

The news  resulted in parents taking drastic measure to withdraw their wards from the various schools' premises have been emerged online, with some pictures showing worried parents scaling fences among other actions.

The school management in one of the missionary schools in the state, denied parents access to their children, insisting that they cannot pick them up. The school authority explained that permitting parents could result in some school children going missing in the chaos.

Apprehensive women, scared of the effect of the deadly monkey pox disease hurriedly began to climb the premises of their wards' schools in order to gain access to them and get them out of the way of the supposed plans of the military.

Meanwhile, the military, has issued a statement, stating that it was a mere, noting that the force was actually delivering free vaccination.

Meanwhile, the Anambra State government has enjoined residents in the state to remain calm, declaring completely false, the viral information that soldiers were injecting children to death.