Fans of the petite singer Simi have expressed mixed feelings over her recent pictures, which she posted on her Instagram handle.

Over the weekend, Simi uploaded pictures of herself dressed in a see-through sleaveless crop top, and a multi-coloured checkered skirt looked stunning but unusually clothed.

While some of her fans appreciated her for her music and not necessarily the outfit, others drooled over the picture.

However, a lot of her fans expressed shock not only at her new sense of style (exposing some cleavage), but also at the choice of fabric for the skirt. 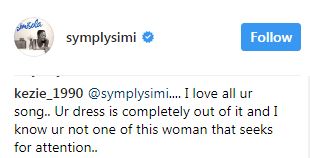 READ ALSO: Simi opens up about her relationship with Falz and Adekunle Gold

Some fans had funny remarks about the outfit, describing it as a table cloth, among other things. 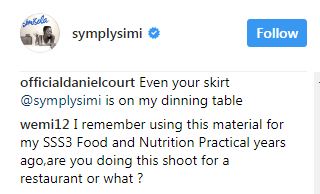