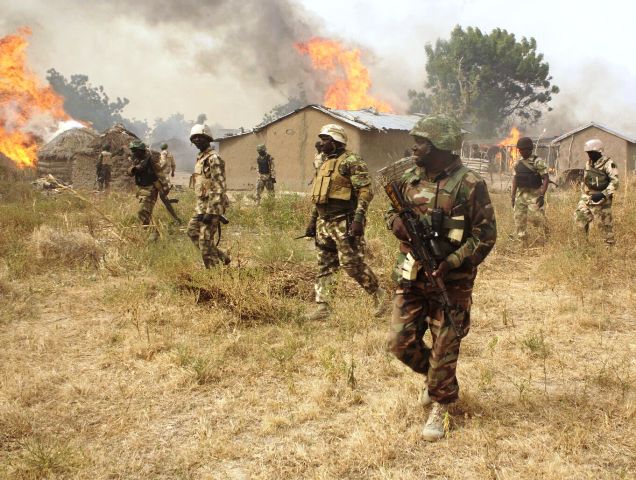 –Troops intercept Boko Haram members who were on their way to Maiduguri.

–one soldier injured in Military ambush

Soldiers on Sunday waylaid some Boko Haram sect in Borno state, leading to the death of four of its members.

Naija News gathered that the suspects were caught by troops of the 8 Division Mobile Strike Team deployed at Forward Operations Base Mairari, while attempting to go into Maiduguri to sell the rustled cattle, at Lingir village.

Speaking on the ambush, Colonel Timothy Antigha, Deputy Director Public Relations 8 Task Force Division, disclosed on Monday that “during the encounter, the ambush party neutralized 3 Boko Haram terrorists, while some of them have escaped with gunshot wounds.

However, he added that one of the gallant soldiers got injured during the military strike.

“Unfortunately, one of our soldiers sustained an injury during the operation.

“The injured soldier has been evacuated to 8 Task Force Division Hospital and Medical Services at Monguno where he is receiving further medical attention.

“The Mobile Strike Team also followed up with pursuit up to Buruwa village around Gassawa general area where they neutralized an additional Boko Haram terrorist and recovered an AK-47 rifle from him,” the statement read.