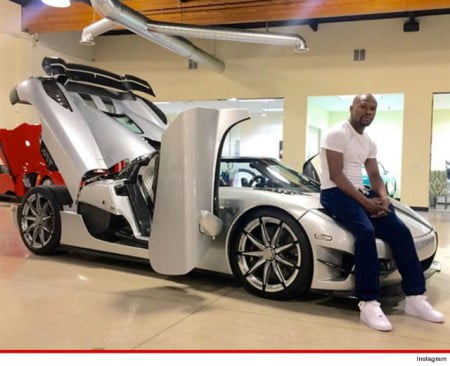 Following his fight with Conor McGregor, Floyd Mayweather has accrued more than $1b to his wealth.

The American boxing champion can not keep calm about his affluence and opulence as he showed off his luxury fleet of cars and diamond-encrusted jewelry, splashing it on the social media to the envy of his fans. 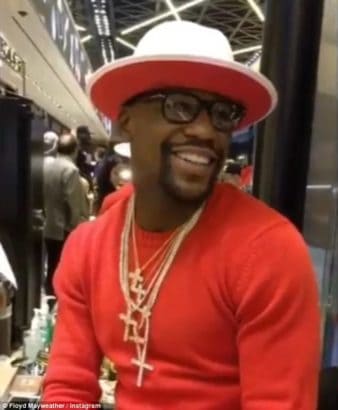 Mayweather boasted that he is super rich and money is not his problem.

The 40-year-old boxer said: “We’ve got a lot of problems but money isn’t one.”
“We only talk about two things – money and more money. I already made $1bn, it was easy,” 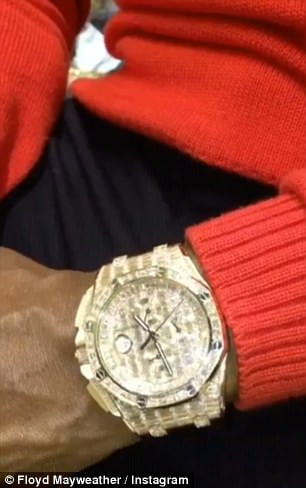 He also shared a video of himself and his diamond-encrusted jewelry and his expensive luxury cars. 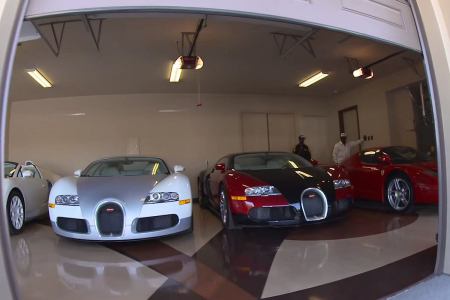