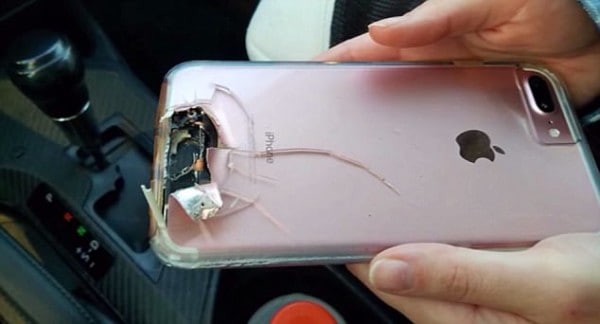 A woman, whose name has yet to be identified, has revealed how she narrowly escaped death in the Las Vegas concert shooting.

She revealed how her iPhone saved her life from the tragic incident which claimed the lives of 59 people and left several hundreds injured.

LasVegasNow reports that the woman showed the iPhone to her cab driver.

The back of the phone was seen shattered in a photo after being hit by a bullet, in the sporadic shooting that has left over 500 people injured.